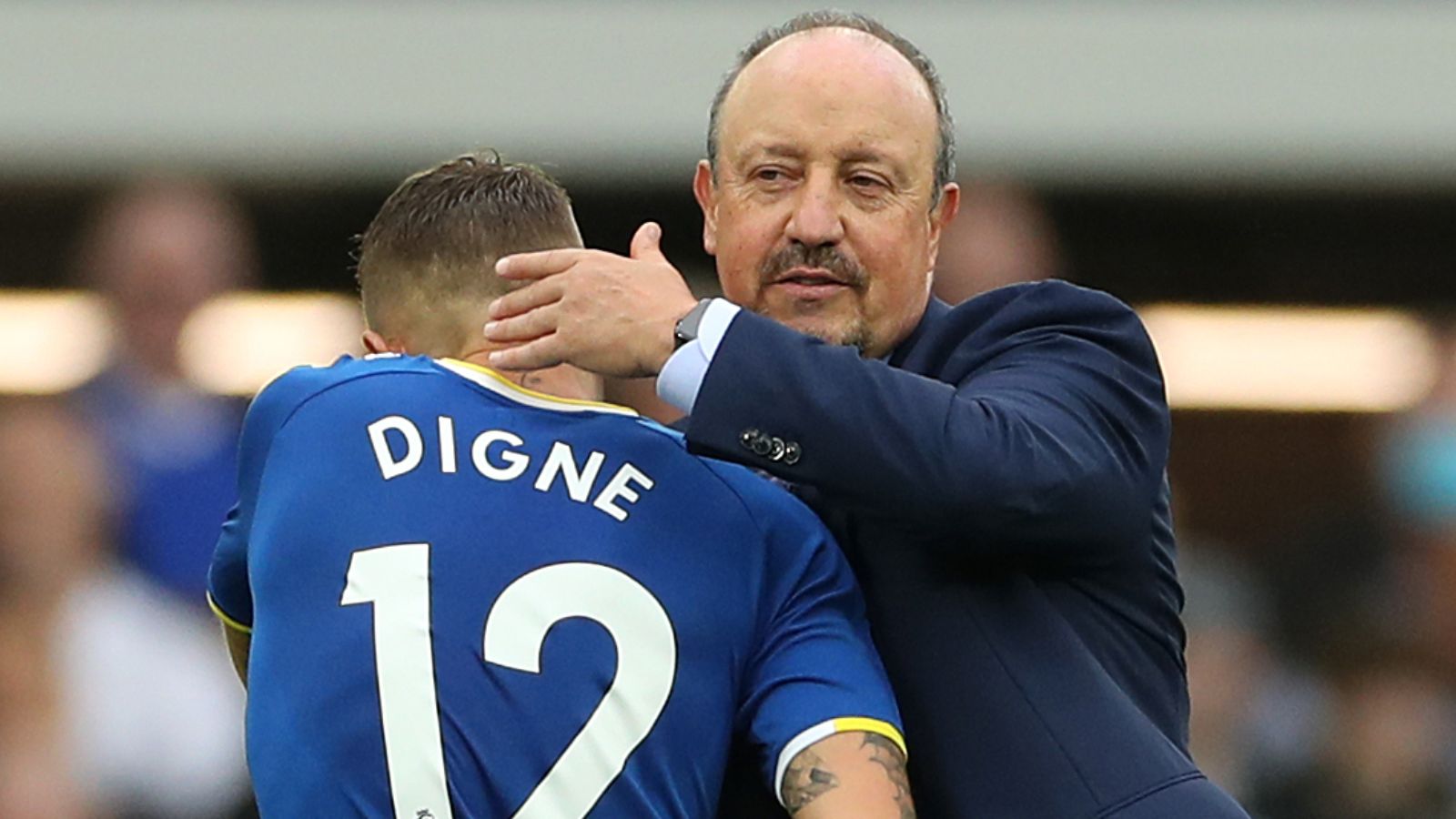 The Frenchman left Everton in the January transfer window after falling out with former Toffees boss Benitez.

Benitez was dismissed shortly after Digne’s departure, however; sparking confusion within the club’s fanbase.

A report at the time said that Benitez was ‘surprised the club sacked him weeks after allowing [Marcel] Brands to leave’ and also backing him in his belief that Digne should be sold to Aston Villa.

And now Digne has lifted the lid a bit more on his exit from Everton and has described his relationship with former Liverpool boss Benitez.

Digne told L’Equipe: “When you are part of the framework, there are discussions with the coach. The relationship we had was not good.

“It was complicated to be excluded from the group for a month. It was an unprecedented situation in my career. But I had my family and my teammates with me.

“I also saw Raphaël Varane quite often, as we lived nearby. I took it upon myself. I continued to work on the side, to be behind my friends. I have never refused to play.”

Digne, though, has denied claims from Benitez that he asked to leave the Premier League club, he added: “It was a way for him to protect himself. I never asked for that. People who know me at the club know that everything was going very well. I was not the only one to leave, moreover (James Rodriguez, in particular).”

When asked why he fell out with Benitez at Everton, Digne replied: “In relation to the style of play, especially.

“I thought we had a team that could have a lot more possession, which we had the quality for. He asked me the question, I gave him my answer.

“I know my place. I felt legitimate to give him my feelings and those of the other players in the locker room. The group was unanimous. The final outcome proved me right, since he was fired because of the poor results.

“I think he also had a bad philosophy. He didn’t fit at Everton.”