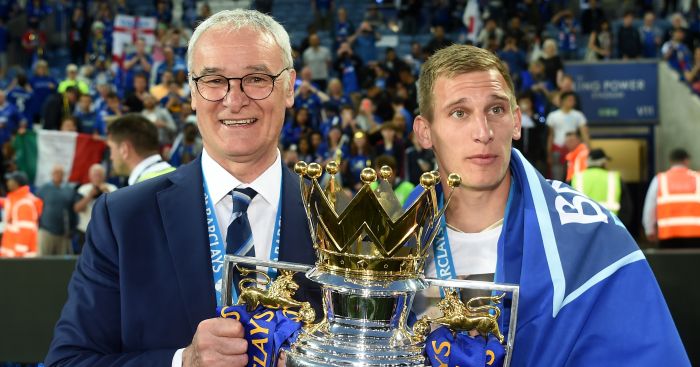 Fulham have sacked manager Slavisa Jokanovic and immediately replaced him with Claudio Ranieri.

Jokanovic was appointed Fulham manager in December 2015, leading them to Championship promotion in his second full season in charge.

But the Serb – who would have fared really bloody well in a fight between all Premier League managers – has received his P45 with the Cottagers rock bottom of the Premier League.

Fulham have won just one of their opening 12 games, are two points behind 19th-placed Huddersfield, and three overall from safety.

Only three clubs have ever had fewer points after 12 games of a Premier League season, no club has ever lost more of their opening 12 games, and only Barnsley (1997/98) have conceded more goals (35) than their 31.

Fulham announced the appointment of Ranieri on a ‘multi-year contract’ on Wednesday. His first game will be against Southampton at home, followed by a visit to Chelsea. His third game? At home to Leicester. Ooft.

“It is an honour to accept Mr. Khan’s invitation and opportunity to lead Fulham, a fantastic club with tradition and history,” Ranieri told the club’s official website.

“The objective at Fulham should never be to merely survive in the Premier League. We must at all times be a difficult opponent and should expect to succeed.

“This Fulham squad has exceptional talent that is contrary to its position in the table. I know this team is very capable of better performances, which we will work on straight away as we prepare for Southampton at the Cottage.”

Owner Shahid Khan offered his best wishes to the ousted Jokanovic, while hailing new arrival Ranieri, who won the Premier League title with Leicester in 2016.

“I wasn’t anticipating having to make this announcement related to Slaviša and wish the circumstances were such that I didn’t have to, but our path this season has led me to make what I know is the correct decision, at the right time, for our players, the club and our supporters,” he said.

“Slaviša will always have my appreciation and respect for everything he did to return Fulham to top-flight football. I am hoping everyone in the Fulham family shares my heartfelt sentiments for Slaviša and joins me in wishing him success and good fortune, wherever his next stop may be.

“Making a change without having the right answer or succession plan was not an option, so having someone of Claudio’s calibre ready to accept our challenge was comforting but, most of all, essential.

“Claudio is risk-free and ready-made for the Premier League, and particularly so for what we need at this moment at Fulham. His recent body of work with Leicester City is literally legendary, and then you look at Claudio’s experience with Chelsea and big clubs throughout Europe, and it’s pretty evident we are welcoming an extraordinary football man to Fulham Football Club.”