Home All The News Berbatov explains role he had in huge £57.6m Man Utd signing

Dimitar Berbatov has joked that he is still waiting for his "commission" after he recommended a Man Utd signing. 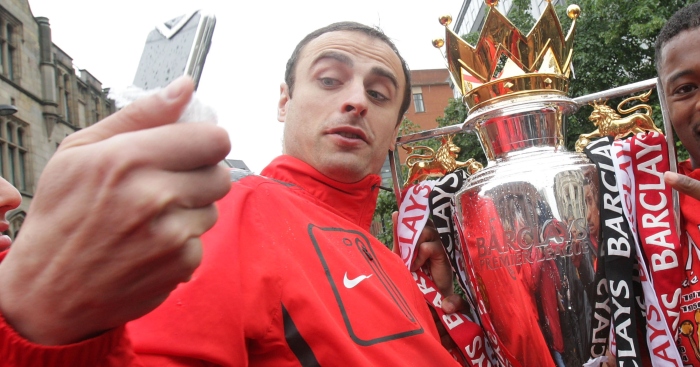 Dimitar Berbatov has explained how he recommended that Man Utd should sign Anthony Martial after a club scout asked him his opinion.

The Red Devils signed Martial from Monaco in a deal that could rise to £57.6m in the summer of 2015, with the initial up front payment standing at £36m.

Berbatov was playing for Monaco at the time and was witnessing Martial‘s talent first-hand when Man Utd’s head scout rang him up.

The former Man Utd striker said: “The United head scout called me, he was like: ‘Berbs, we are looking at this kid Martial and wanted to ask what you think.’

“I told him this boy is unbelievable, the things he can do. He can be a great player, he just needs someone to guide him on the pitch. Of course, I’m still waiting for my commission!”

On Martial and the possibility of restarting the Premier League, Berbatov added: “In the case of Martial, to get going again and get a goal will give him even more confidence, especially for a striker.

“But like any other player, the most important thing now is to stay fit, know when to push hard and slowdown in training because when you have so many games you need to know when to save your energy. The last thing he and the club needs is to pick up another injury.”