The 27-year-old initially struggled to adapt to the Premier League in a difficult period at Man Utd. 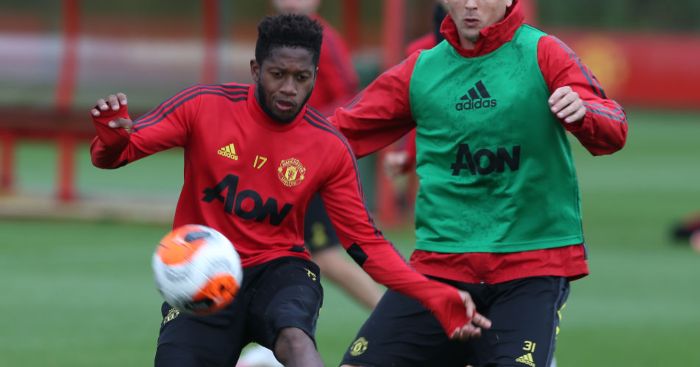 Dimitar Berbatov says that Fred reminds him of Tottenham midfielder Moussa Sissoko and has hailed the Brazilian’s turnaround at Man Utd.

Fred has been one of the standout performers for Man Utd – who play Spurs on Friday night – this season, after a difficult start to his career in England.

Jose Mourinho signed the midfielder for £52million in his final summer at the club, but the 27-year-old struggled to adapt to the Premier League in a difficult period at the club.

“At first, Fred had a difficult time at United, getting used to the tempo, with the speed of the games and the challenges,” Berbatov told Betfair.

“It’s not easy, coming from a different league, and sometimes he spent too much time on the ball and lost possession easily. Slowly but surely, however, his game has changed and he has become used to the Premier League.

“Fred’s improvement reminds me of how Moussa Sissoko started at Spurs, people didn’t rate him but now he’s player of the season already and the fans love him. Patience pays off and, like Sissoko, Fred is proving that he has turned it around.

“He isn’t getting much attention because Bruno Fernandes is still in the spotlight and Pogba is fit again, but Fred has his place there in midfield and if he is happy to not have the headlines but play regularly, I think he will take that.

“If you are an attacking player and you know that someone has your back, you are going to go forward freely and not be afraid to lose the ball.

“When you know you have Fred covering your back and you speak before the game, and have that understanding that your team mate will be there for you, it makes it much easier as an attacking player to take risks and play those passes that can cause a lot of trouble.”