The ex-Bulgaria international signed for Man Utd in 2008 from Tottenham for a reported £30.75m fee. 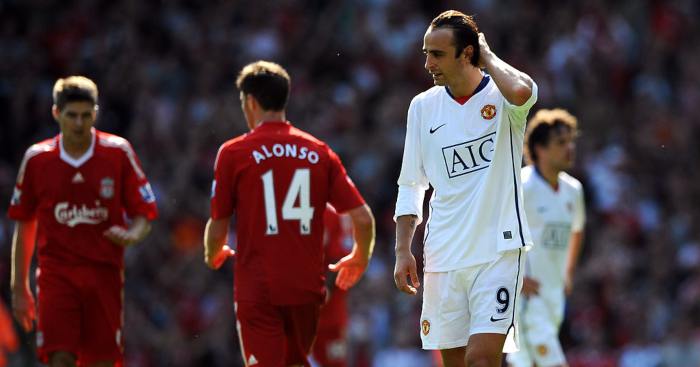 Former Man Utd striker Dimitar Berbatov claims Sir Alex Ferguson broke a “promise” that he would give him a week’s rest on signing for the Premier League club.

The ex-Bulgaria international signed for Manchester United in 2008 from Tottenham for a reported £30.75m fee.

Berbatov went on to score 56 goals in 149 appearances for the Old Trafford outfit before eventually leaving for Fulham in 2012.

FEATURE: When SAF’s Man United had their watershed European moment

And the 39-year-old has explained his experience signing for Man Utd as he joined before a big match against arch-rivals Liverpool.

“Liverpool was the team we were trying to surpass on league titles when I got to Old Trafford. They had 18, we had 17,” Berbatov told the official Man Utd website.

“Sir Alex was with me when we were finalising the transfer and it was so last minute, so worrying that it was happening so late, that he said: ‘Berba, I know it’s stressful, what you’re going through, but, when we finish this, I promise you can have a week’s break so you can get yourself together.’

” But that was all fine. As the game got closer, I could feel the excitement, the nerves, the tension.

“You start to get more and more knowledge about the rivalry and the history between the two clubs. The expectation of winning the game, of performing, it’s important.

“This is all building up until, on the day of the game, I stepped out on the pitch for the first time… and it was something new.”