Home All The News Berbatov names best strike partner: ‘It was like we were sleeping together!’ 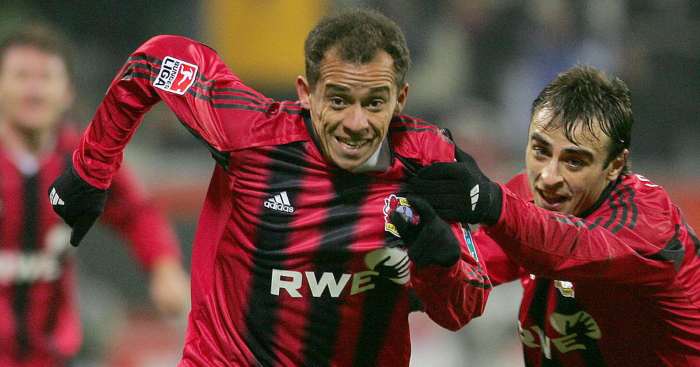 The former Bulgaria international has played alongside the likes of Cristiano Ronaldo, Wayne Rooney and Carlos Tevez at Man Utd, while Robbie Keane partnered him at Tottenham.

However, Berbatov counts França as his favourite striker to play alongside with the duo particularly clicking in the 2003-04 Bundesliga season that saw them bag 30 league goals between them.

“The likes of Rooney and Keane, we complemented each other, and that’s even if you don’t speak a lot outside the pitch,” Berbatov told Goal.

“You respect each other for what you do on the pitch.

“You see what each other can do and how you help each other get better. In turn, you help the team. Everyone wins. At Leverkusen, I had a great partnership with a guy called França. We scored so many goals. We destroyed Bayern Munich 4-1 one season.

“We both got two goals each. He didn’t speak English or German so outside the pitch we didn’t say a word. Literally nothing. Honestly, nothing. I saw how he trained and played on the pitch and the other way around.

“When we stepped on the pitch, man, it was like we were sleeping together! I was enjoying playing with that guy. Unbelievable. Not selfish. I was in a better position and he would give me the ball. When I gave him the ball, he scored.

“It was like Andy Cole and Dwight Yorke. It was unbelievable how we played together. Playing with him helped me develop. I appreciate that when I play with players better or on my level. You can always learn something.”