"At the end of the day, if Crystal Palace can score three past you, you are in trouble." 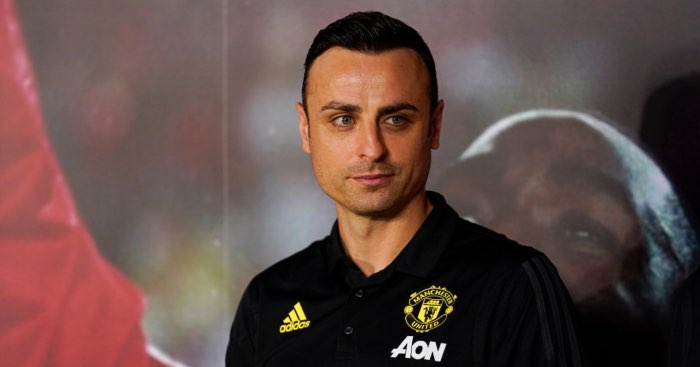 Dimitar Berbatov thinks Man Utd need to bring in a fast centre-back like Rio Ferdinand if they are to be competitive this campaign.

The Red Devils only conceded three more goals in the league last term than Premier League champions Liverpool with Harry Maguire and Victor Lindelof the regular starters in the heart of their defence.

The pair started off the season as the main centre-back pairing as the Red Devils conceded three times in a 3-1 loss to Crystal Palace last weekend.

Their pursuit of Jadon Sancho has taken up a lot of column inches over the past few months but former Man Utd striker Berbatov thinks it is a centre-back that should be priority.

Speaking to Betfair, Berbatov said: “I and others have big expectations for United this season. They need a centre-half, and probably further recruitment also to be competitive.

“At the end of the day, if Crystal Palace can score three past you, you are in trouble.

“If they don’t strengthen up, it will be a long season for them. They need someone alongside Harry Maguire, look at how impressive he has been since he came in, and he is now captain.

“They need someone who is fast, like Rio Ferdinand was for Nemanja Vidic.”