Dimitar Berbatov recalls wanting to move to a bigger club than Spurs before he agreed a deal at White Hart Lane. 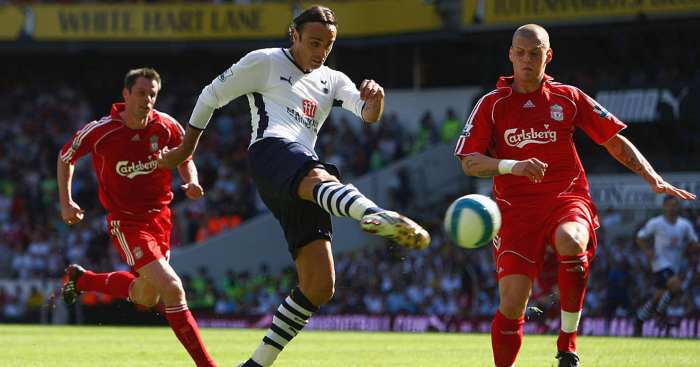 Dimitar Berbatov recalls wanting to move to a bigger club than Spurs before he agreed a deal at White Hart Lane.

Berbatov scored 46 goals for Spurs over a two-year period at the north London club, winning the League Cup in 2008 before moving to Manchester United.

Berbatov told talkSPORT: “I was like, ‘wait a minute, Spurs want me? What? Not Barcelona, Real Madrid and Manchester United?’

“When you’re young, you think you know everything. You think you have all the answers to all the questions, but you have nothing.

“Again, my intuition will start working the same, ‘Berbs now is the right time, difficult but we need to challenge ourselves’.

“In the end, their persistence was a big factor for me, and of course, meeting [manager] Martin Jol was the moment I knew I had to go there.’”

On his first meeting with Martin Jol, Berbatov added: “He’s sitting in the chair like the Godfather!

“He was like ‘Berba, welcome my boy!’ I was telling myself, ‘this is the right place’ purely because sometimes you just feel the connection with someone, I don’t know how to explain it.

“Secondly, because Martin looked like my late granddad, who I loved to death. I was thinking to myself ‘I think we are going to have something here.’”