Home Competitions Euro 2016 Dimitri Payet: The first to stand up 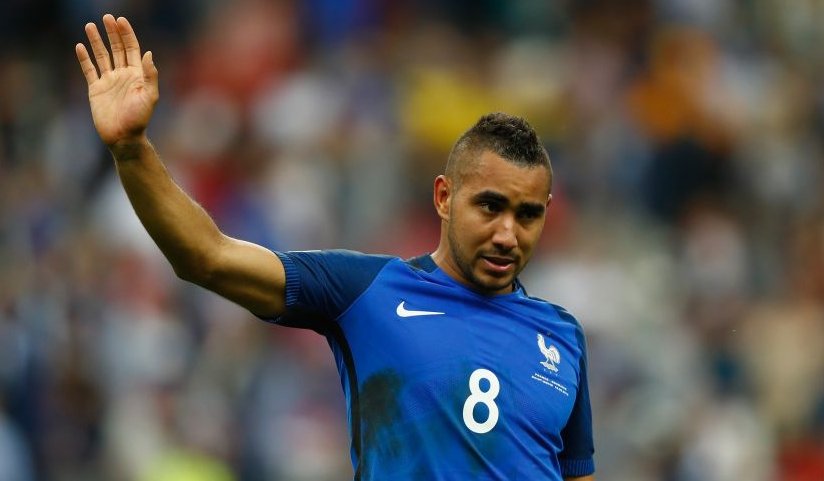 The worst bit is always the waiting.

The days before an international tournament stretch out for weeks, the slow passing of time only decelerated by the interminable noise that becomes inevitable when people are sent to cover almost nothing happening in great detail. England have a cuddly lion! England won’t sleep because of the noise! An England coach has scribbled something onto paper and that’s definitely the team! Chris Smalling is injured!

Before Euro 2016, the anticipation seemed more fervent than ever before, perhaps an indication of France’s need for a good news story to lift the gloom. Les Bleus’ preparation may have been untypically serene, but the country is in a state of constant flux. Industrial strikes undermine many of the normalities of everyday life, most of Paris has been underwater at some point over the last fortnight and the realistic fear of terror hangs over the country like a smog. Tickets for England’s game against Russia are still available on the official site, such are the worries some possess about France’s ability to keep the country safe.

There are two natural reactions when football collides or coincides with something evidently more important, overshadowed by the bigger picture, but the most healthy is surely to use it as the perfect distraction. For four weeks, France opens its doors to Europe’s football fans, and invites them to celebrate sport’s unique power for unity, just so long as the morons can avoid throwing plastic patio furniture and chanting about ISIS. Given France’s off-field concerns, there was a palpable sense of relief when the football finally began.

In such circumstances, the potential for anti-climax is rife. The opening games of major tournaments are often cagey affairs, calm before the surge of ‘actually, football is sodding brilliant’ takes over. The previous nine European Championship opening fixtures (going back to Euro ‘80) had produced only 17 goals.

There were further reasons to believe that France would start in first gear, as their previous competitive game was on July 4, 2014. Add in a Romania team who conceded only two goals in ten qualifying matches (albeit against far inferior opposition), and you’d be forgiven for feeling slightly apprehensive about what was to follow.

Not a bloody bit of it. The first half might have been bitty and slightly frantic, but after the break we were treated to 90 minutes worth of excitement and quality crammed into half the time. If this was a night to set the tone for the next month, I’m refusing to leave my seat at all.

Olivier Giroud was trusted to lead France’s line, but Arsenal’s striker must have feared deja vu all over again after he squandered several first-half chances. Heading home Dimitri Payet’s cross on 57 minutes caused an outpouring of emotion in the Stade de France and across the country. Finally, Les Bleus had arrived.

Yet it was not Giroud who was to be the final hero. Nor too Antoine Griezmann or Paul Pogba, both of whom were surprisingly substituted during the second half after Patrice Evra’s abysmal foul had allowed Bogdan Stancu to equalise from the penalty spot. Only one man would take the glory on the tournament’s opening night: Payet. West Ham supporters joke that they won the World Cup in 1966, but on this evidence they might win the European Championship 50 years later. While Griezmann and Pogba showed off their talent in flashes, it was left to our favourite chubby funster to steal the headlines.

Payet was magnificent, playing in between the lines and roaming both with ball at feet and without. It was his cross that found the head of Giroud, and his fabulous strike that won the game. To display such poise and technique after 89 minutes of an energy-sapping evening made even those watching at home tingle. Payet also created eight chances (double the amount of all of his teammates combined) and attempted ten more crosses than any other player in blue. We wondered whether Payet would sink or swim away from West Ham, where he is the one true star; now only those doubts look silly.

More important still were the tears of joy as Payet left the field, displayed on the big screen to an adoring crowd already on their feet to salute their hero. Major tournaments are defined by such moments, and Payet may already have secured a place in the July 10 montages. For this weekend at least, he is king of this tournament.

At a time of strife and unrest, France’s public is in need of a welcome distraction. Millions of people are desperate to herald a new champion; Platini 1984, Zinedine Zidane 1998, David Trezeguet 2000…. Didier Deschamps’ side still face six more matches to make good on their collective dream, but the favourites are up and running. In Dimitri Payet, Euro 2016 has found its first hero.