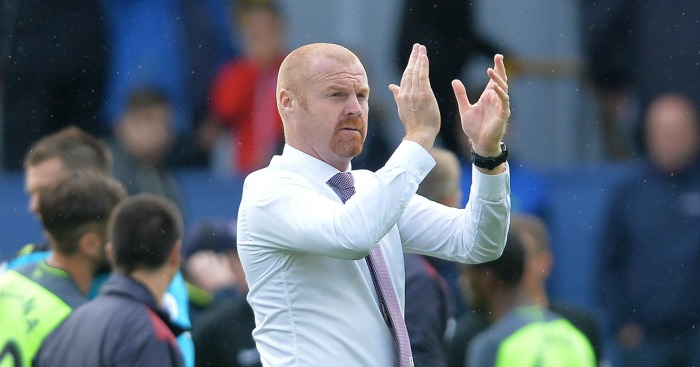 I was watching BT Sports’ new version of Soccer Saturday. They had Harry Redknapp on. Of course they did. When Burnley beat Liverpool 2-0 he couldn’t wait to get tell us how Sean Dyche was a great manager who’s never had a chance (in his five short years as a manager) of a top, top job because of an anti-English manager bias.

It fell out of ‘Arry’s mouth as easy as breathing. He didn’t go as far as to say Sean was better than Jurgen Klopp, and that this result proved it, but one senses it wouldn’t have taken much prodding to make that happen.

Of course, such utterings have been echoed by Dyche himself very recently in a long whine about how under-appreciated he is, merely due to being English, offering an update on Sam Allardyce’s self-regarding weirdness. Alan Pardew has trodden the same self-pitying grass too.

Poor English managers, they’re pariahs in their own land. Everyone hates them, everyone thinks they’re a dinosaur. They never get top jobs, everyone is biased against them, they are being discriminated against.

Let’s just look at a few of Dyche’s points.

“The media could sometimes pay a little more respect to English managers who are doing great jobs at different clubs at varying levels. I think sometimes there’s not the right balance…if I had players running round a pitch it would be seen as a bit archaic and dinosaur-like. But if a big manager comes in and does it it’s deemed as toughening the environment and building a culture.”

This is a wonderfully constructed paranoia, surely crafted out of being deaf to praise and hearing only criticism. Maybe he doesn’t see, hear and read as much media as we do, but quite objectively the media absolutely fawn over every English manager who does well and give them a really easy ride in hard times.

If you watch Soccer Saturday, the times any criticism at all is aimed at any English manager at any level can be counted on one hand and with some fingers to spare. Rather, all you’ll hear is “what a great job he’s doing”.

But after some discussion of branded jeans (look it up, it’ll make you laugh) Seany isn’t done yet. This also from The Mail:

“They questioned me for playing a 4-4-2 and then everyone played it last year and it was ‘amazing Claudio Ranieri, amazing, tactical genius’.”

Err, look Sean, you do know they won the thing playing 4-4-2 and you were relegated. That’s a big difference. That’s like saying you can use the same words as Jack Kerouac so that makes you as good a writer.

And anyway, you got limitless praise for that campaign and even more for sticking with Burnley after going down and then achieving promotion.

Hold on, he’s started referring to himself in the third person, Johnny Nic doesn’t like that, Jeff.

“Antonio Conte came in at Chelsea and he got commended for bringing a hard, fast, new leadership to Chelsea, which involved doing 800metre runs, 400m runs and 200m runs. Come to my training and see Sean Dyche doing that and you’d say ‘dinosaur, a young English dinosaur manager, hasn’t got a clue’.”

He seems very certain of this, but would we? Who are these people who would say that? And by the way Sean, you’re 45; in no other walk of life is that called young. You’ve only been managing for five years – so maybe ‘new’ is the word you want – though five years isn’t that new. But not young. You’re not young. I’d like Dyche to quote chapter and verse of this so-called media who say he’s a dinosaur. All tabloid newspapers are pro-English manager, as are all right-wing papers in general by mere instinct. I’ve trawled Google for anything negative written about him. There is literally nothing. Nothing at all. If you enter Dyche + dinosaur, the only words that appear are your own. You’re creating your own negative universe and laying off the blame for it on everyone else. Sean, this is getting weird.

But he’s not done yet.

“Clichy was talking about this amazing new diet, saying ‘we don’t eat junk food’. We’ve been doing that since I got here, I did it at Watford, so are other English managers. Here are the dietitians, this is what we do, we’ve sorted a chef out and he’s going to support you, we’ve got the supplements and we’re going to have a fluid consultant in (Me: a what? Eurrgh). Because I’m Sean Dyche you wouldn’t be interested. It’s ‘go on Pep, tell us about your pizzas’.”

This is getting pitiful now. You’re seeing discrimination where none exists. Of course there’s a media obsession with Guardiola, or whichever flavour of the month is currently hypnotising editors. But that’s not a slight against you. Football isn’t only about you. Just because they report what one of the most successful managers in the game is doing, that isn’t by default a criticism of you. This is the fame game, you’re not as famous as Pep, Sean. That’s all this is. But look, you’re in the papers talking about this, filling valuable column inches, so you can’t claim to be ignored, can you?

But he’s back again with more wisdom.

“A job comes up and [fans are asked] who do you want, a foreign name is mentioned, and they go ‘oh yeah I’ve heard he’s a great tactician’.”

Do they? Again, who are these people? Are they just voices in your own head, Sean?

But also, maybe the foreigner IS a great tactician. Just because men from other countries can also manage football teams, that isn’t, once again, implicitly a criticism of you. Because they’re good at tactics doesn’t mean you’re not. We know you can manage a team successfully, Sean. We really do. We’re not saying you can’t. No-one is saying you can’t. No-one has ever said you can’t. No-one except you, perhaps. Maybe this is all an expression of your own self-doubt.

Let’s be honest, nobody in football from the top to the bottom escapes the ire of someone at some time. Some people think John Nicholson is a dinosaur. All you lot want to read is Gab Marcotti or Rafa Honigstein, they use the same words as me, but because it’s little old English me, you’re not interested, I’m not sexy enough. You’re just biased against English writers.

The Premier League is a global game, funded by global capital, drawing on global playing and managerial resources, in order to make men like Sean Dyche very rich, by any normal measure.

Oh and by the way ‘Arry, in the last 10 years British men have managed Liverpool, Manchester United, Manchester City, Spurs, Leicester, West Ham and Everton. Top top top top top top jobs all. Of the top finishing clubs, only Chelsea haven’t had a British manager and there’s been no vacancy at Arsenal.

The very fact that this untruth is allowed to fall out of ‘Arry’s mouth unchallenged like so much semi-digested potato after a night on the town is itself proof of the easy ride deluded Englishmen like you and Sean get in the media.

Nobody thinks Sean Dyche is a dinosaur, everyone admires his achievements, and this sort of thin-skinned paranoia is not only misplaced, it’s really embarrassing.