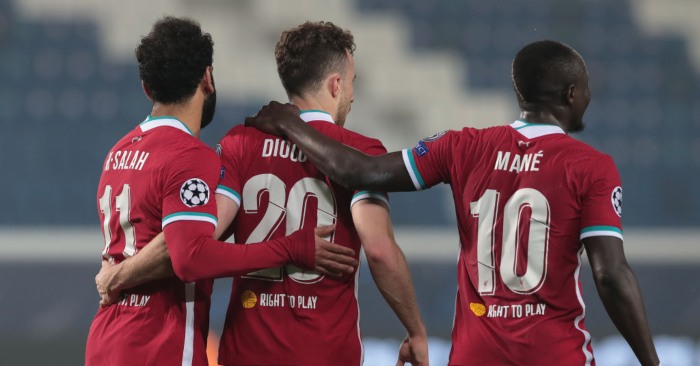 “That would be my only question mark against Diogo Jota, Liverpool’s other new signing,” said Graeme Souness. “At Wolves, it wasn’t a cup final every week but it will be at Liverpool, so he has to show that he’s ready for that.”

Clearly Souness has not been paying attention over recent seasons, when Jurgen Klopp’s Liverpool have bought players from Southampton, Newcastle and Hull who have seamlessly transitioned into title winners for this massive club. There really should never be any question marks over Liverpool signings because they almost never get things wrong. While other clubs panic and make opportunistic transfers, perhaps swayed by a late phone call from an agent, Liverpool watch and wait; no player is a gamble, no player is a fall-back option.

“He’s been on my list for two or three years already – but it needs to be the right moment,” said Klopp. That’s two or three years of not just scouting but extensive research into a man’s character as well as his attributes. And then the transfer is made at exactly the right time for Liverpool, not dictated by the selling club, agent or the player himself.

If any other club had paid over £40m for Jota, there would be more questions than an episode of University Challenge. Here was a player who was not even in Wolves’ starting XI towards the end of the season; when they lost in the quarter-finals of the Europa League, he was only afforded 11 minutes to make an impact. He did not. But this was Liverpool and we had no choice but to presume that they had seen something that had eluded the rest of us. Anyone sensible has long stopped wondering if expensive Liverpool signings will succeed.

But how would initial success be defined? Being a more effective deputy than Divock Origi? Affording Liverpool’s famed front three an occasional rest? Giving Liverpool the opportunity to challenge for domestic cups? Maybe scoring ten goals in all competitions? Tear all that up and re-write those definitions because Jota is a potential superstar. He has found it outrageously easy to settle into this Liverpool side and within weeks he has potentially ended the Fab Three as an exclusive club. They are now four and it’s Roberto Firmino who is cast in the Ringo Starr role.

They were supposed to be untouchable, that Liverpool trio. Remember when people pondered whether Timo Werner, Jadon Sancho or even Kylian Mbappe would walk straight into this team. You should remember because it was only a few weeks ago. Now Klopp has to work out whether that Liverpool trio will even start against Manchester City on Sunday. As Roberto Firmino has faltered, Jota has flown. On form alone, it is a no-brainer.

The fluidity of the Liverpool attack against an out-of-sorts Atalanta was astonishing. You can try and write down the names in formation but each one spent time through the middle and each one hugged the flank. All worked hard and all moved and moved and moved. Ridiculous pace and a coolness of finish are just two of the things this new trio has in common. But even in this company, Jota stood out.

Liverpool are on fire in Italy! pic.twitter.com/xMcYre5Ch7

Jota was joined on the scoresheet by both Mo Salah and Sadio Mane but it felt like any of those goals could have been scored by any of those players, so interchangeable do they look after just a few weeks as teammates. The man who was seemingly bought to be a deputy is already wearing a sheriff’s badge.