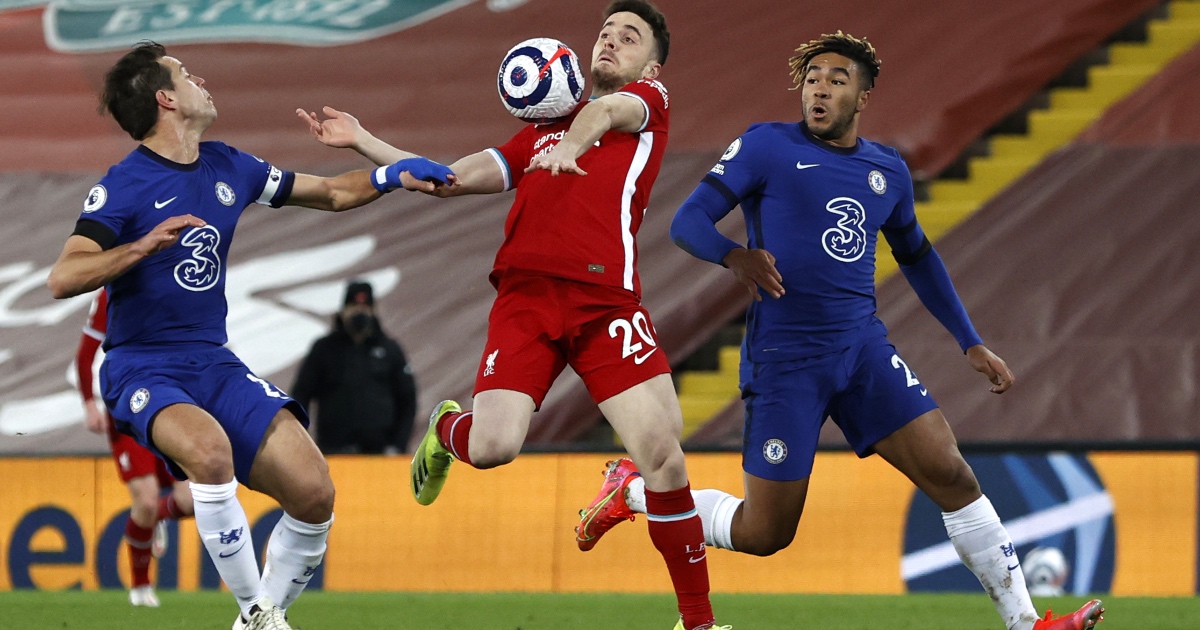 Diogo Jota believes Liverpool can take advantage of Chelsea’s back three when the two sides meet at Stamford Bridge on Sunday.

The fixture is one of the most highly-anticipated of the season so far, with both teams needing a win to reel in Manchester City and keep the title race alive.

Chelsea and Liverpool both dropped points in midweek while City triumphed at Brentford, widening the gap between first and second to eight points.

Thomas Tuchel’s men have been ravaged by injuries and Covid but will know that they can’t afford to feel sorry for themselves with a tough run of fixtures ahead.

Tuchel has stuck with his favoured three-man defence amidst the chaos, which has seen Chelsea draw three of their last four league matches, and Jota reckons Liverpool can exploit this formation on Sunday.

He told the official Liverpool website: “The opponent, whichever system they play, always influences the gaps we try to find.

“It’s always hard when we are not sure how they’re going to play.

“Chelsea, we are not 100 per cent because we can never be that, but we know they’re going to play with three. So it’s up to us to know the spaces they leave and try to take advantage.

“It’s always hard when you’re not sure how they’re going to play, so that’s good.”

However, he is not about to underestimate the robustness of Chelsea’s defence. He added: “We know even against 10 [men] how difficult it was for us to create chances [in the game at Anfield earlier this season].

“Whoever is going to be on the pitch, 11 against 11, it will be very tough for everyone involved and a very intense game.

“It will be a proper Premier League game. We want to start the year well and the only way is to win the game at Stamford Bridge.”