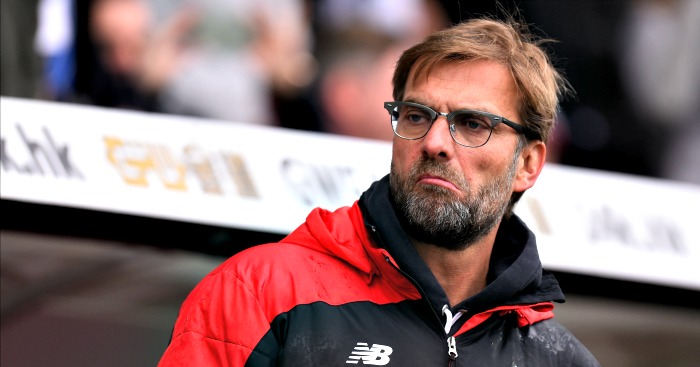 Jurgen Klopp admitted he was “disappointed” by Liverpool’s limp 3-1 defeat to Swansea on Sunday.

A largely inexperienced Reds side fell to a deserved 3-1 loss in Wales, denting their hopes of finishing in the top six of the Premier League.

Klopp made eight changes to the side which were defeated 1-0 by Villarreal in the Europa League semi-final first leg on Thursday, but the German felt the players he used should have performed better.

“I’m disappointed, yes,” Klopp said. “We could have won this game with a normal performance. But that’s what we have to think about.

“We played not as good as we could, that’s for sure. Our performance was not as good as possible with this lineup. We could have played much better with these individuals, we are professionals.

“We tried to bring fresh legs, fresh minds. I’m only disappointed because I know we could have played better.

“It’s not always a honeymoon. You have to prove, to deliver – and today didn’t work too well. That’s not a problem for the future.

“Anything I could say now would sound like an excuse. There is nothing to excuse today.”

Liverpool were particularly susceptible in defence at the Liberty Stadium, with Martin Skrtel’s presence at centre-half likely to be no real coincidence.

Skrtel and Dejan Lovren were poor, while Brad Smith was dismissed in the second half for a second bookable offence. Klopp felt his side were not “aggressive” enough.

“The first two goals were too simple for Swansea. We deserved the defeat, and a big part of this result was our performance,” the manager said.

“I’m not the type of guy who changes his mind everyday. We have a long way to go for sure.

“In the first half we lost a lot of easy balls. We did not play an aggressive game. It was too easy for Swansea.

“Now, in this moment, from now on [the priority is] the Europa League. Then next Sunday the Premier League!”