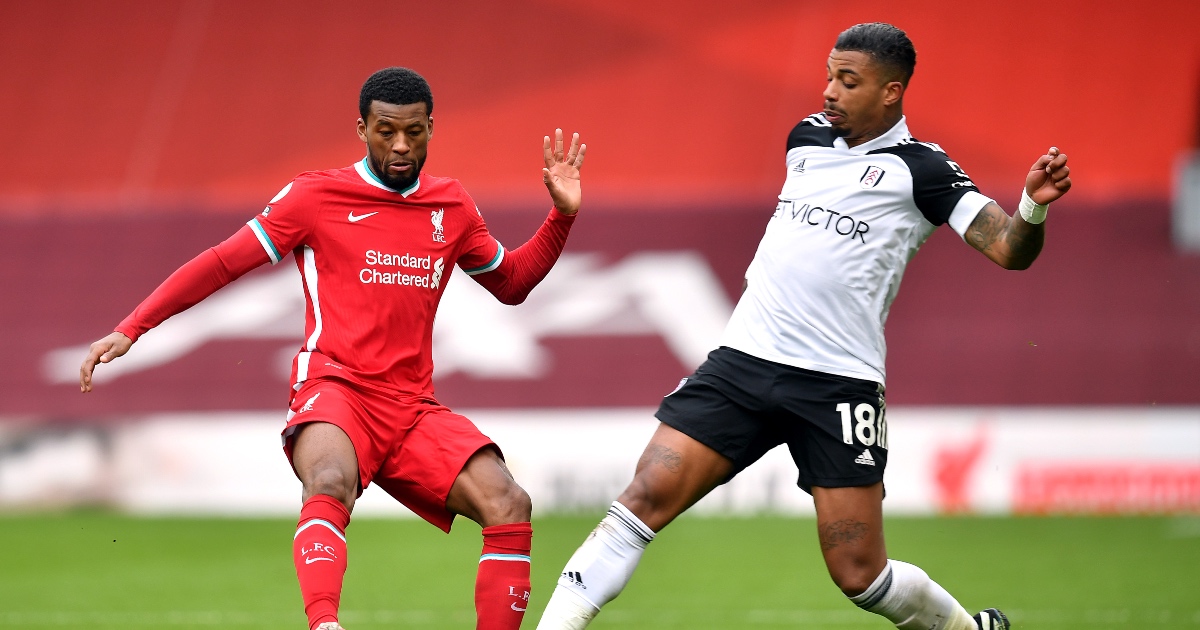 French side OGC Nice have submitted an offer worth €4million (£3.4m) for Southampton midfielder Mario Lemina, according to a report.

The 27-year-old spent the recent campaign on loan at Fulham but couldn’t help the Cottagers to avoid relegation.

He made 28 Premier League appearances, scoring one goal, as Scott Parker’s side finished on just 28 points.

According to French source Le10Sport, Lemina did enough to impress scouts at Nice during the season.

They’ve opened transfer talks with the Saints over a move for the player, who represents Gabon at international level.

Discussions are said to be ongoing between the two parties and Lemina himself.

It’s yet to be seen whether the defensive midfielder wants another crack at the Prem or to move abroad.

His contract at St Mary’s expires in June 2022, which puts the Saints in an awkward position.

They must decide whether to sell him this summer or risk losing him on a free transfer next year.

Lemina was loaned out to Fulham as he wasn’t needed in Ralph Hasenhuttl’s squad.

That means a new contract is unlikely to be offered by the Saints in the next few months.

Lemina has previously been linked with Premier League sides West Ham and Newcastle.

They know the Saints might be open to selling the player and want him to bolster their respective midfields.

The fee being touted then was £7million, meaning the Saints might reject Nice’s initial offer and negotiate upwards.

Lemina spent most of his formative years in France with Lorient. He was promoted to their first team in January 2013 and made 18 appearances for the club before being signed by Marseille.

He was sold to Italian giants Juventus in 2016 but was on the move again just a year later, when Southampton snapped him up for £15.5m.

However, he’s played just 52 times for the Saints in four years and has had loan spells at Galatasaray and Fulham.

Lemina’s achievements include two Serie A titles while with Juve, as well as two Coppa Italias.