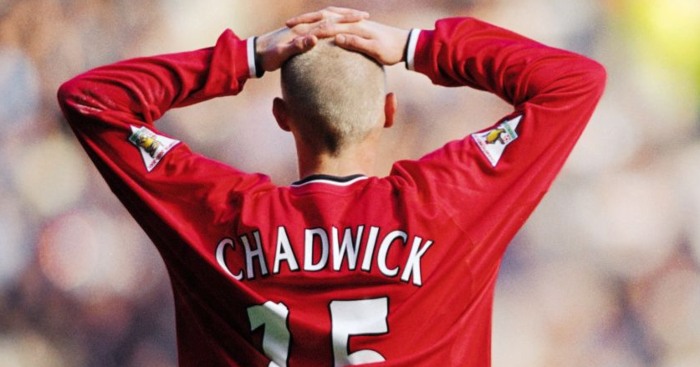 “I don’t like watching football because I always feel really sorry for the team that loses, because it makes some people behave like morons and because people are horrible to players and other fans.”

These are my partner Dawn’s words. She grew up in the shadow of St James’ Park in Newcastle and understands why football is important, but has always hated the (male) culture around it.

She has always said laughing at people for their mistakes, dress sense or appearance was cruel and horrible. “You wouldn’t like it if they did that to you, it’d upset you,” she’d say. And of course, she was right. The argument that in football it was “just a laugh” didn’t wash with her for a moment.

She called it out as bullying and nastiness and she wouldn’t be persuaded it was anything else. After seeing some of They Think It’s All Over in 1995 and Fantasy Football the same year she hated them so much, she’d walk out the room and would start a row if I sat and watched. But I was used to the more nasty elements of football culture since an early age, so was less squeamish. Also there were so few football-related shows on TV that you tended to soak up anything you could.

This week ex-Manchester United player Luke Chadwick spoke movingly of how awful it was, as a shy, young lad, to have his appearance mocked on ‘They Think It’s All Over’. Magnanimously, he says he holds no grudges against the likes of Nick Hancock and Gary Lineker, and they in turn have sincerely apologised. It shows how much has changed in the intervening 20 years.

That show ran for 155 episodes from 1995-2011 and while I must have seen the first couple of series, I know I got bored of it, as it seemed to be the same thing over and over again (like all panel shows). I was in my 30s and it was all too crudely laddish and blokey for my tastes. So I don’t recall the jokes about Chadwick, but reading them now, they seem pointlessly cruel. It reminds me strongly of how school bullies would pick on you if you were vulnerable about something and pick away at it. Very upsetting. Oh a lad has got spots, has he? Urgh.

“It lowers your self-esteem…feels like that’s all that I’m known for”
Former Manchester United player, Luke Chadwick (@Luke_FFF) spoke to @sallynugent about his anxiety whilst at the club ⤵️
More here: https://t.co/4vaulBbLeJ pic.twitter.com/IqWxqUwK6E

I can see so clearly now what Dawn could always see. It wasn’t a laugh. Mockery of an 18-year-old lad, who doesn’t have any power or agency over us, isn’t funny. He was a boy. And he was having the piss taken out of him on national TV for something he had no control over: his appearance. This was punching down of the worst kind; lording it over a powerless person on national television for laughs. It shouldn’t have happened and we’d all have felt like Luke did, I’m sure. It’d make most people feel self-conscious and want to hide away and when your place of work is on a football pitch, that isn’t possible.

Fantasy Football with Baddiel and Skinner only ran for two years on the BBC from 1994-96. It was by and large tremendous fun, but their Jason Lee mockery was, even then, unacceptable and it was puzzling why two intelligent people who produced a lot of clever as well as broad humour would persistently indulge in it. Without trying to paint myself as in any way holy, I’m sure I wasn’t alone in being uncomfortable about that even at the time. When fans started chanting the song at games, it was almost painful. I’d grown up with the Black and White Minstrels on TV on Saturday nights and I was all too aware of why that had eventually been pulled in 1978. The joke seemed to go on and on for weeks, presumably because it was a popular thing.

The trouble was, for all that and a couple of other things made me feel uncomfortable, I liked Fantasy Football a lot. I liked Baddiel and Skinner and trusted they were not racists. And because of that, I let it slide in a way that Dawn just never could. And that, I think, is the lesson. It’s easy to take against the humour of someone you don’t like, harder if you do like them.

Jason’s spoken about it since: “I’d ask them if they realised the significance of what they were doing. It was, looking back, a form of bullying. I work in equalities now, and it can affect different people in different ways. I don’t think people appreciate the possible harm it can cause. Not everyone has the make-up to deal with that, and they shouldn’t have to.”

Obviously, what is and isn’t acceptable to the general public is a shifting thing. You can’t retro-fit something to be acceptable to a modern audience. So there is little point in being outraged by language that was once commonplace and which is now not acceptable. But bullying was, is and remains bullying and the effects are the same whatever era we live in.

An 18-year-old in 2020 is no less vulnerable than Chadwick in 2000 but we all know the appalling banter culture seems to be as strong as ever in a certain strata of society. We’ve all seen the vicious abuse dished out by some of football’s most tribal monsters and there’s no reason to assume that it isn’t every bit as disturbing to its victims as it was to Luke.

We are all now on a public stage if we use social media, in a way that wasn’t imaginable in the late 90s. We’re all humourists, all looking for a laugh, all trying to be smart, but Chadwick’s story is a reminder to pause for thought and choose our targets and our words carefully. It has perfectly illustrated how wrong the ‘bloody snowflakes, you can’t say anything these days’ people really are.

That many would find the Chadwick and Lee mockery so unacceptable now is a very good thing. It shows we’re building a nicer world – too slowly, yes – but at least in some areas we’re moving in the right direction.

It doesn’t mean we can’t have a laugh, but there’s nothing funny in bullying people. Never has been, never will be.