Home All The News ‘Dissatisfied’ Man City trio to be dumped for Grealish, Kane 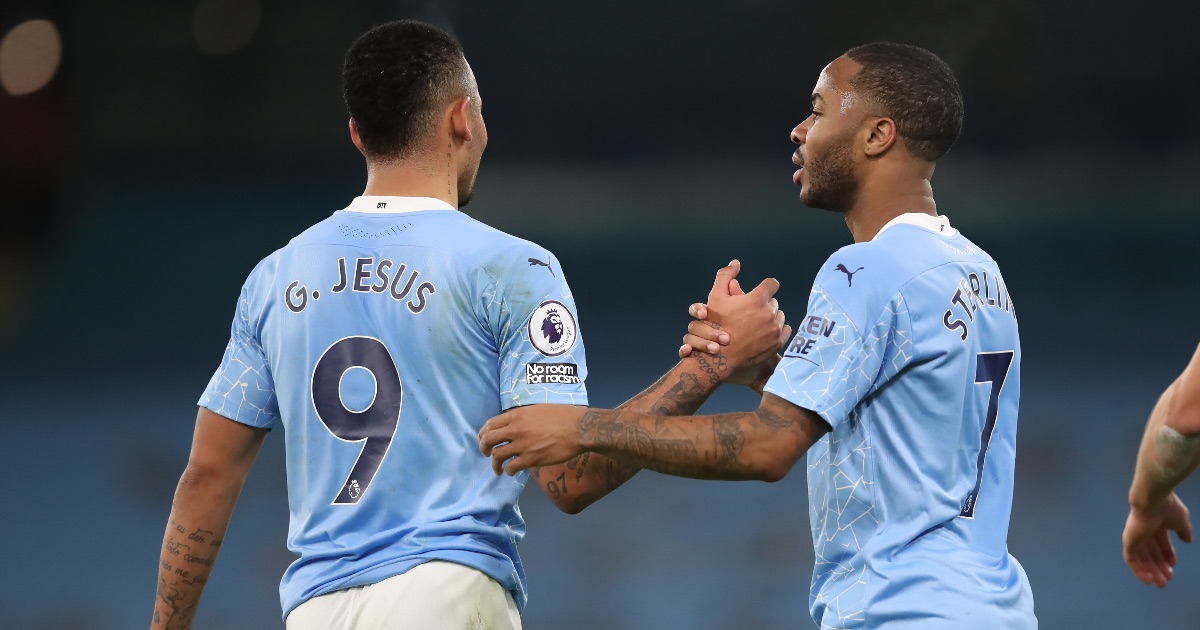 Manchester City are reportedly prepared to offload four of their top stars – including a ‘dissatisfied’ trio – to stump up the cash to land Jack Grealish and Harry Kane.

Despite winning the Premier League and reaching the Champions League final, The Athletic report that a number of first-team players have grown frustrated under Pep Guardiola at City.

The report claims Gabriel Jesus, Raheem Sterling and Aymeric Laporte are all ‘dissatisfied’ with their roles – a feeling which is shared by other members of the squad.

OPINION: Does the Cult of Pep lead to this poking of the beast?

Some players are said to be considering leaving in the summer, with others said to be ‘actively pushing’ for a transfer away from the Etihad.

And City are willing to allow those players to leave, with the club keen to kick on after the disappointment of the defeat to Chelsea in Porto on Saturday.

Riyad Mahrez is another player tipped to up sticks, despite his regular game-time, while the report also names Joao Cancelo, Rodri and Bernardo Silva as other players who are not entirely happy.

Both Mahrez and Sterling have been linked with Arsenal, Laporte is thought to be keen to head back to Spain, while there will be no shortage of suitors for the other wantaway stars.

The Athletic claims that Guardiola will be backed significantly by the board in the coming window, but the club want to increase that transfer kitty through player sales.

City are rumoured to be actively pursuing Aston Villa captain and talisman Jack Grealish as their primary midfield target.

But any move for Grealish would cost at least £100million with Villa not needing to sell their star asset this summer.

Tottenham star Kane is also on City’s shortlist as they seek a replacement for Sergio Aguero, and potentially Jesus should he follow the Argentinian from the club.

The England captain is desperate to leave Spurs as he targets trophies, but again, he would represent a signficant outlay should City go in for the striker, with £150million mooted as Spurs’ lofty asking price.