Home All The News Hummels wishes Germany were more like England 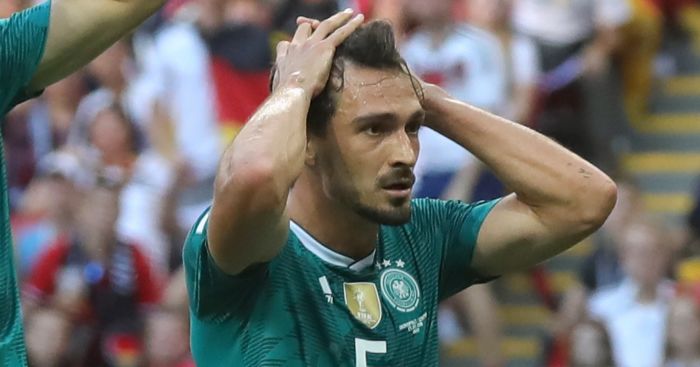 Germany defender Mats Hummels thinks Belgium and England are looking like the most convincing sides at this summer’s World Cup.

On Wednesday they lost 2-0 to South Korea as they failed to turn possession into clear-cut chances and ended up bottom of Group F.

“We believed until the very end – even after going 1-0 down,” Hummels said. “But we did not put the ball in the goal.

“We had enough opportunities. That broke our neck today. Apart from Belgium and England, every favourite has big problems because the smaller teams do that very well.

“The last convincing game we delivered was in March 2017. That was a bit long ago.

“From the 65th [minute]we went wild, got incredible counter-attack. We also lost the train to the goal.

“If I make that in the 86th minute, we’ll talk about how awesome it is that we’ve got on.

“Unfortunately we are talking about something else. A very, very bitter day for all German football fans.”