Home Leicester City Distraught Puel: ‘It is a tragedy for the club’ 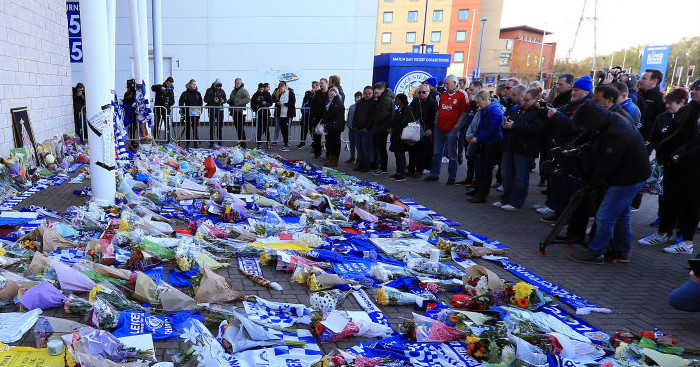 Leicester City manager Claude Puel has confirmed he is safe and well after last night’s horrific helicopter crash outside the King Power Stadium.

Their identities are yet to be confirmed but Puel has declared himself safe, telling Radio France: “It is a tragedy for the club.

“All of my thoughts are with the victims and their families and I want reassure all the people who are concerned about me. I am distraught, but I am well.”

Crowds have been forming at the stadium throughout the day, with many people turning up to lay flowers and shirts outside the stadium.

A further statement is expected from Leicester City in due course.

The crowd is getting bigger and bigger here at King Power Stadium. pic.twitter.com/MoDTaY3f1S