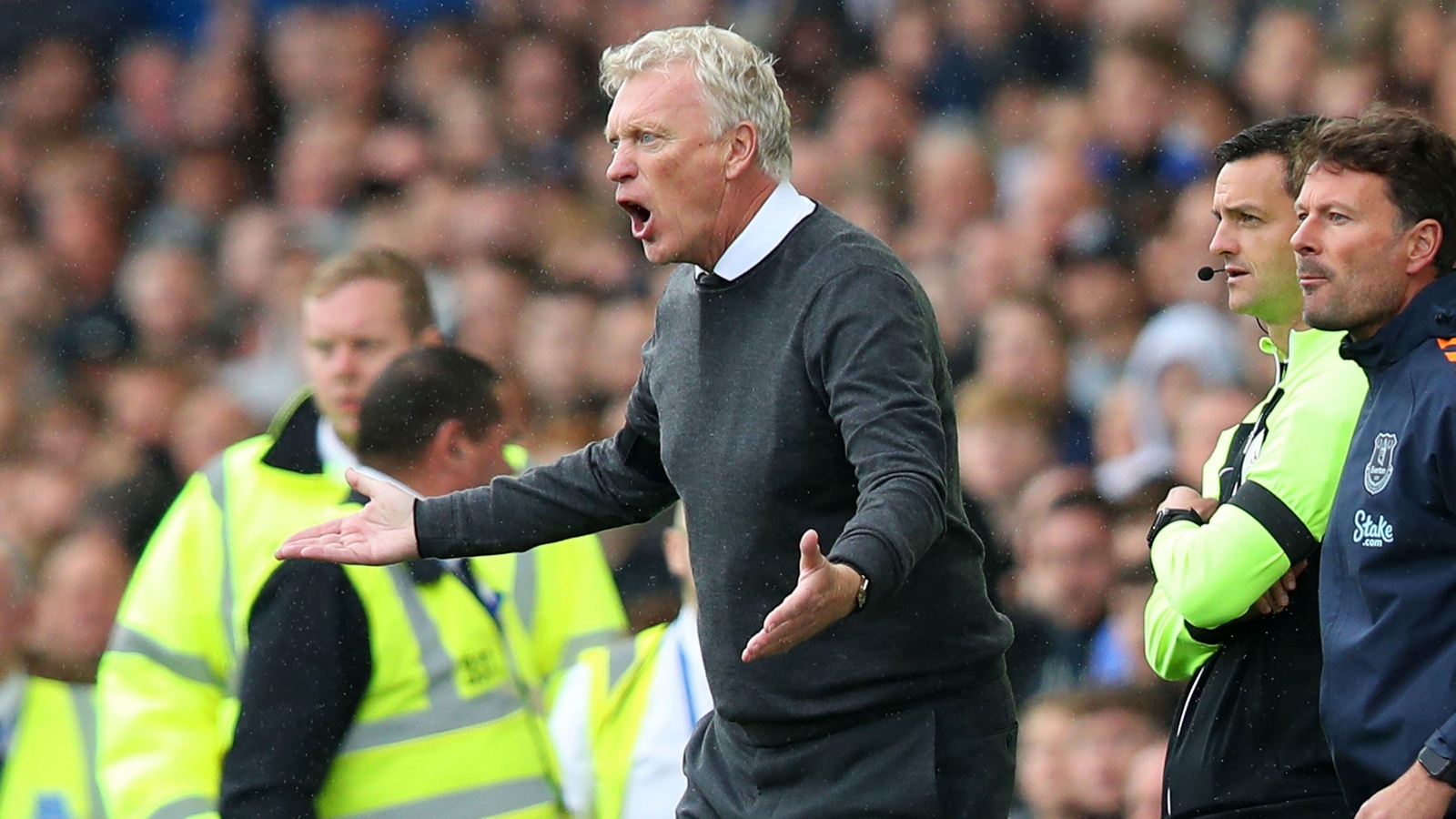 The Toffees won their first league game of the new campaign thanks to a Neal Maupay goal in the second half at Goodison Park.

West Ham were substandard – especially in the opening 45 minutes – as they fell to a 1-0 defeat.

They went into the match on Sunday afternoon on the back of Thursday’s 3-2 away win against Danish side Silkeborg in the Europa Conference League.

The only players to keep their place in the starting XI against Everton were Paqueta, Kehrer, Aaron Cresswell, Declan Rice and Vladimir Coufal.

Czech Republic midfielder Tomas Soucek came back into the side despite his poor form this year.

Moyes has stuck by Soucek and opted to start him ahead of Manuel Lanzini, who scored and starred in the Irons’ win against Silkeborg.

Lanzini was instead an unused substitute at Goodison Park.

And Hasselbaink thinks Moyes could have done with the Argentine’s creative spark in midfield next to Rice.

“The European game, [Manuel] Lanzini played with Declan Rice and they looked a lot more fluent with the ball,” he told Sky Sports.

“They looked a lot more creative. We didn’t see that today. I know it’s difficult to play three games a week but sometimes, you shouldn’t change six players.

“Sometimes it disturbs the rhythm and I think today that’s what happened.

“He’s [Moyes] going to lose some of the players because they’re going to international duty and he won’t have a lot of time to work with them when they come back.”

The first international break of the season is now upon us which means the Hammers will not have to opportunity to jump out of the relegation zone until October.

After the loss against Frank Lampard’s men, Rice said he knew it was a “big game” despite the fact it was only his side’s seventh league game of the campaign.

“When you look at the table before the game, with two teams on the same points, you know it’s a big game even though it’s early in the season, he told Sky Sports.

“We had our chances but we couldn’t capitalise and so far in the Premier League that has been a problem of ours.

“In the first half we turned the ball over so many times, and at this level, you can’t do that. It doesn’t matter if you lose the ball but it’s the same mistakes again.

“We have had these moments a lot in the Premier League and it will start to drop soon but we need to keep going. We just have to keep playing and keep believing and results will come our way.

“Us as players, me included, we know we can’t be where we are in the Premier League. When you look at the table it’s horrible to look at. We don’t want to be there, the last two seasons have been a positive for the club but it’s up to us as players to get the results with the squad we have.”