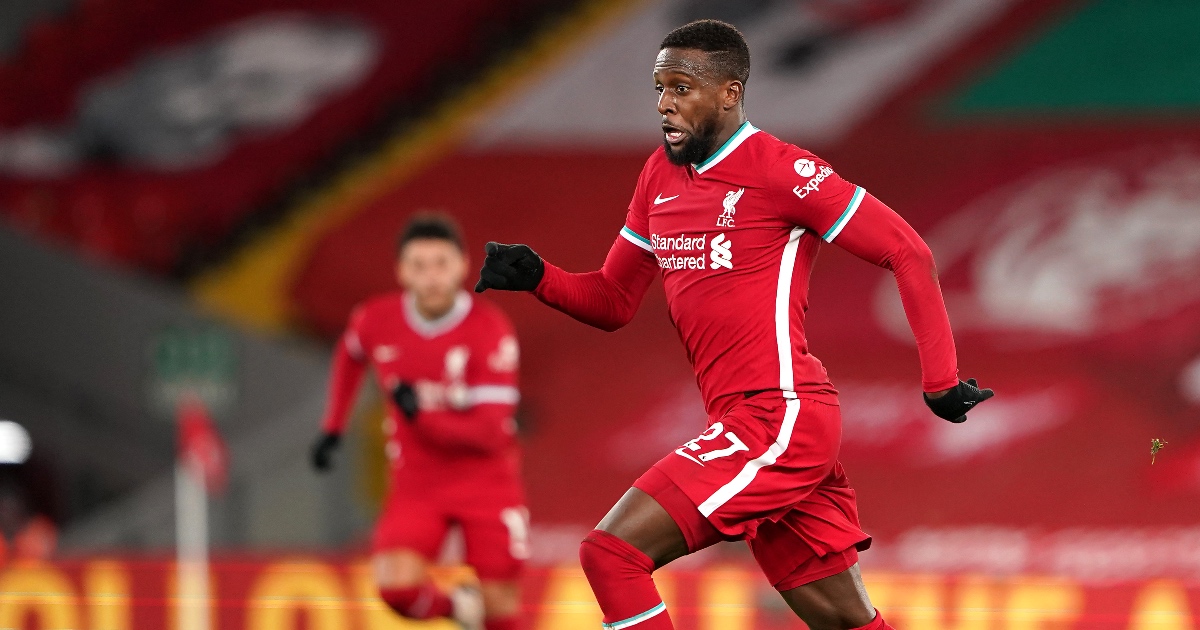 Liverpool will reportedly ‘listen to offers’ for Belgian striker Divock Origi as they try to raise transfer funds this summer.

He’s played 17 times so far but has been an unused substitute in Liverpool’s last three league matches.

According to the Daily Mail, Liverpool are prepared to cut their losses and sell Origi during the next transfer window.

Anfield chiefs view the 25-year-old as a decent player but want to sell him to improve their transfer funds.

Liverpool are hoping for a big summer to get back into the title race next season.

Selling Origi would give Klopp a boost in those summer pursuits.

The Belgium international’s situation has been worsened by the success of Diogo Jota.

Jota got off to an exciting start following his move from Wolves, scoring five goals in nine league appearances.

He was unlucky to suffer an injury in December but the 24-year-old has recently returned to the first team.

That means Origi is less to likely to get off the bench and replace one of the famed front three.

Jota is Klopp’s favoured man in that role, having shown his effectiveness in front of goal earlier this campaign.

It shouldn’t be too hard for Liverpool to find a suitor for Origi. RB Leipzig, Wolves and Club Brugge are all thought to be interested in signing him.

Origi’s season has been affected by not only a lack of game time, but also a lack of confidence.

He missed a big chance during Liverpool’s 1-0 defeat to Burnley earlier in the season.

Speaking about the miss, pundit Graeme Souness said: “Anyone but him really. I know he’s got some important goals for Liverpool but I said to you ‘he’s not going to score here’.