Home Liverpool Forward ‘can be key’ for Liverpool this season, says pundit 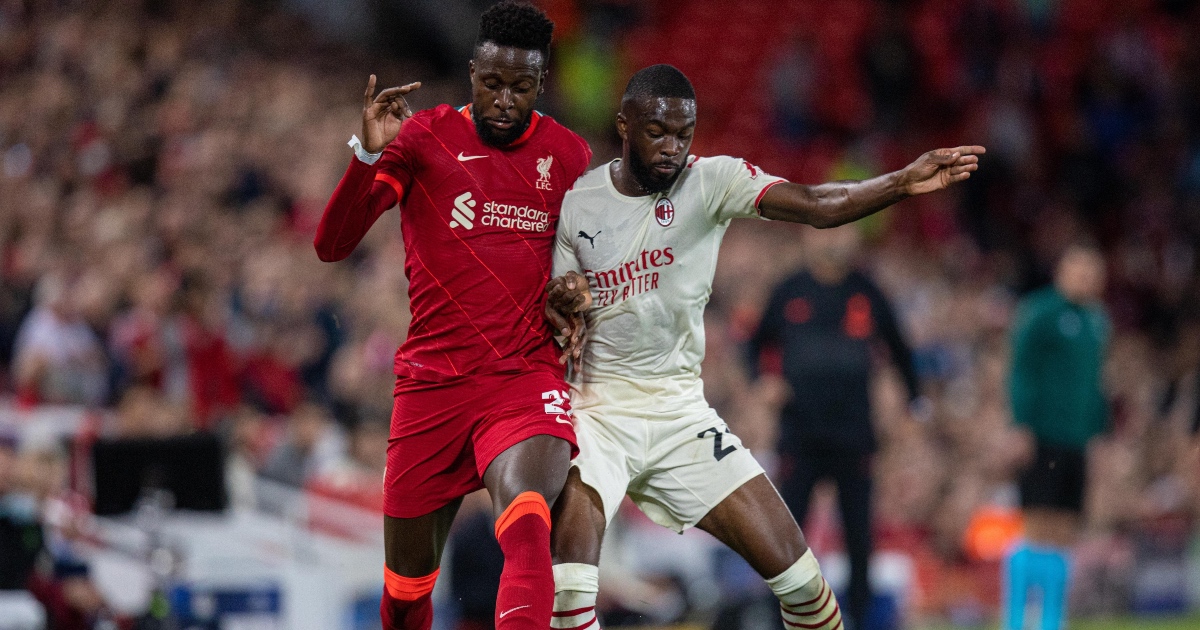 Pundit Noel Whelan believes Liverpool forward Divock Origi ‘can be key’ for the Reds this term.

The Belgium international fell down the pecking order at Anfield last season following the arrival of Diogo Jota.

He was limited to just nine Premier League appearances and failed to score in any of them.

Origi was up for sale during the summer transfer window and was a rumoured target for Wolves.

But no move materialised, much to the surprise of manager Jurgen Klopp.

The German said people ‘forget how good he is’ and admitted club officials were expecting a bid.

Origi is now looking to force his way into Klopp’s thinking in some capacity.

The 26-year-old made his first appearance of the campaign in the recent victory over AC Milan.

He set up Mo Salah for Liverpool’s second goal as the English side ran out 3-2 winners in the Champions League.

When asked about Origi, Whelan told Football Insider: “He proved the other night that he can be useful.

“He led the line well and got an assist. It was a lovely little ball over the top for Salah to get that second goal.

“Origi has loads to offer and can play anywhere across that front three. He has a real eye for goal.

“He’s very suited to Liverpool, I just think it’s a matter of can he get more game time?

“He’s different to the likes of Salah, Mane, Jota, even Firmino. If he went, Liverpool would lose that option.

“He can be key for Liverpool if he gets that game time. That’s crucial. He can can be a brilliant player.”

Meanwhile, Liverpool assistant manager Pep Ljinders thinks the Carabao Cup has been ‘gold’ for the Reds.

They travel to Norwich on Tuesday evening in the third round of the domestic competition.

Liverpool haven’t lifted the trophy since 2012, but Ljinders insists it is important for player growth.

“First of all, this League Cup competition has proven gold for us,” he said.

“I want to give one (name) who is going to start tomorrow and that is Curtis Jones. Why do I want to say his name? Because he will play his 50th game.

“It all started with these kind of games. There are so many diamonds, so many special players, who just can’t wait to make these steps so it is important we keep doing this.

“With one we push, we inspire the entire academy so we have to keep the logic of the inside pathway.”