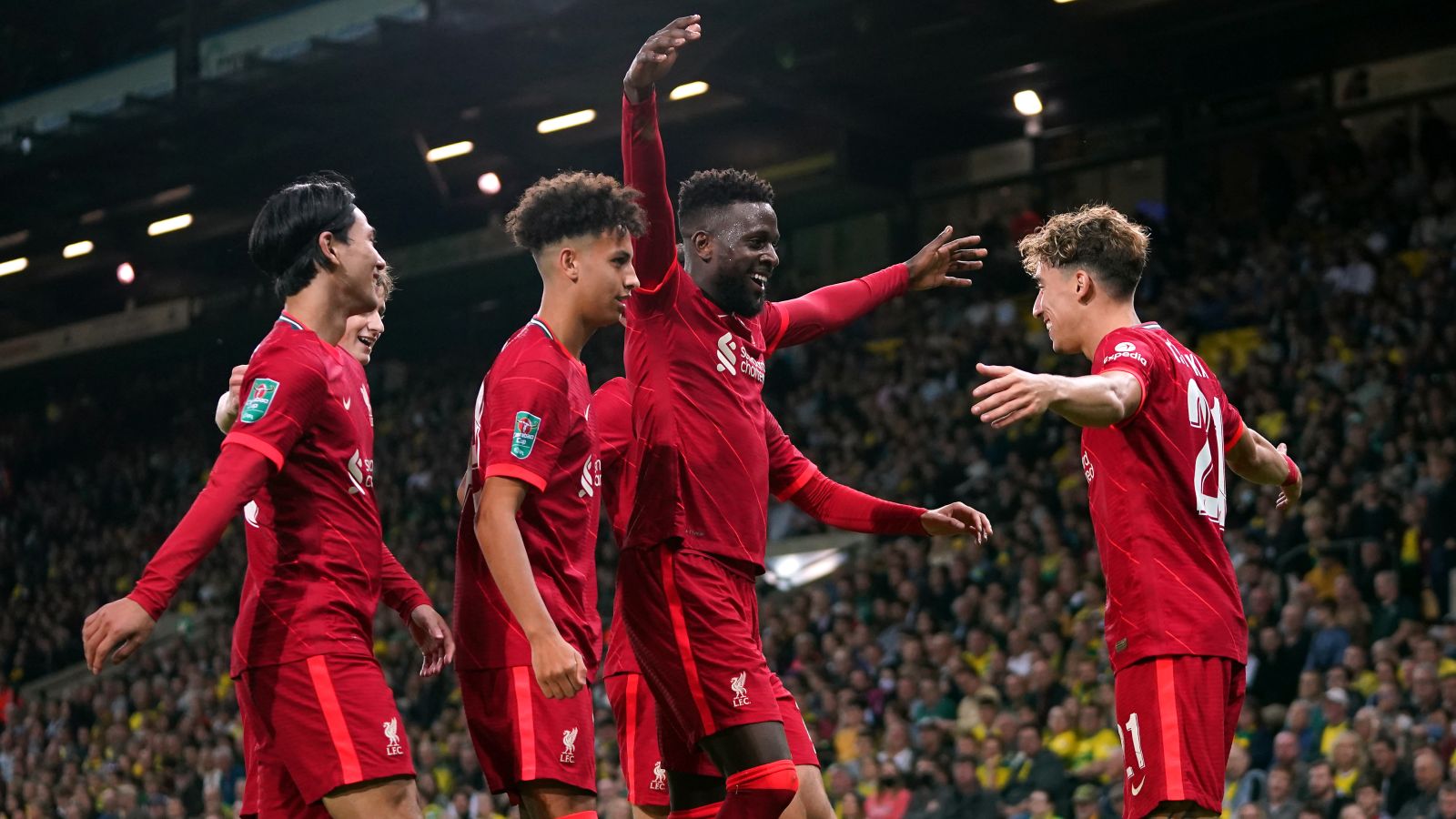 Liverpool striker Divock Origi is closing in on a summer transfer to Serie A outfit AC Milan, according to reports in Italy.

The arrival and excellent start to life in the Premier League for Luis Diaz has pushed Liverpool on in their bid for trophies this season.

Jurgen Klopp now has an abundance of attacking talent to choose from, but the Colombian’s arrival has forced Origi further down the pecking order at Anfield.

The Belgium international, who is out of contract in the summer, has still managed to provide five goals and two assists from his 14 appearances across all competitions this season.

Origi is held in high regard by Liverpool supporters as he scored in the 2018/19 Champions League final against Tottenham, with the Reds going on to win 2-0 to lift the trophy for the sixth time in their history.

But it now looks like the Belgium international will finally depart Anfield following months of speculation that he could leave the Premier League club.

And Milan News (via Sport Witness) claims that AC Milan are ‘talking with Origi’s agents to find the final agreement’ with negotiations over a potential move to the San Siro ‘well underway’.

The Serie A giants are now confident of landing Origi with just an ‘agreement on wages and some bonuses’ left to be decided in talks.

Milan News adds that the Liverpool icon ‘has a handshake with Milan to sign a four-year agreement at around €4m/year’ and that the only thing which could disrupt a deal now is ‘the inclusion of other clubs’.

It is understood that everything is ‘on the right track’ but the report does warn that ‘the operation has yet to be completed’ for Origi, despite it now being close.

Meanwhile, Liverpool captain Jordan Henderson thinks the FA Cup semi-final against Manchester City should’ve been moved away from the capital.

The Football Association confirmed on Friday that the tie between the north-west giants will go ahead at the national stadium in north London on April 16 despite the West Coast Mainline train service being down over the Easter weekend because of engineering works.

“I think this time, I’ve been thinking a bit more about the fans,” Henderson said.

“In many ways it’s their day, and not being able to get down to London for different reasons – the cost of that…

“In my head it would make sense obviously to change it to a (different) neutral venue, especially with it being two teams from the north-west.

“That’s just my opinion. There’s obviously complications within that I’m sure which the FA have got to overcome but looking at the fans, which is probably the most important thing for me and something that we’ve learned over the past couple of years how important the fans are to football, that it is really disappointing to see that it’s a struggle and it’s got to be expensive for them to get there.

“To be honest – again, my opinion, and I love playing at Wembley – I would like to keep Wembley for finals anyway. I think (we should) play semi-finals at neutral grounds like it used to be.

“I think that was quite exciting, quite good and then obviously the final at Wembley to make it extra special.”