Home F365 Features Does it actually really matter if you get your transfer business done early? 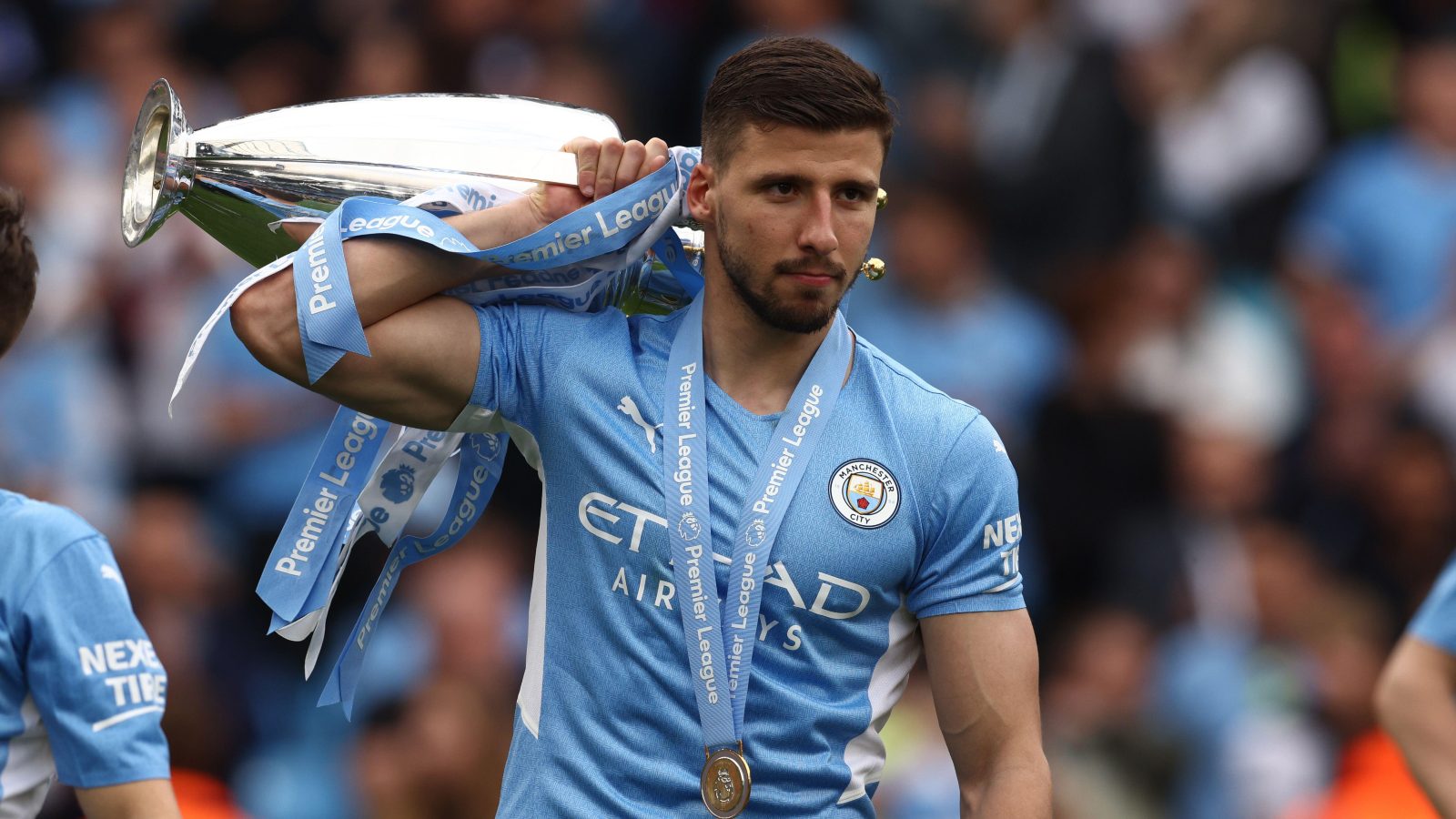 As we know, the world of Premier League football is currently gripped by panic over the fact two of the Big Six – a whole third of the clubs that matter – have not yet made any first-team signings for the new season. This is a catastrophe for the clubs involved, because there is quite simply nothing more important these days than “getting your business done early”. It’s what proper successful clubs do. Except when they don’t.

The benefits of getting as many deals as possible sorted as early as possible in the window are obvious, but it still appears to be true that who you sign is more important than when in the window you sign them. While Chelsea risk being left behind by Liverpool and Manchester City and United risk being left behind by Spurs and Arsenal, those are still currently very much only risks rather than certainties.

Here are some examples from the last few years of players signed – gasp – beyond the end of June (a point it is worth reiterating we have not yet reached this year) who still turned out quite good, and that’s without going back as far as 2016 and Chelsea themselves signing N’Golo Kante as late as July 16 having finished a lowly 10th the previous year and then, um, winning the league.

Players turning loan deals permanent have been excluded on the basis that they aren’t strictly ‘new’ arrivals and thus most of the arguments in favour of Getting Business Done Early don’t fairly apply to them anyway. Players rejoining a club after lengthy absences are allowed, though. The summer of 2020 comes with its own caveats, of course, but we’ve simply shifted from June counting as Business Done Early to July.

Jose Sa (Olympiacos to Wolves, July 15)
Relatively unheralded keeper who faced the arduous task of replacing Rui Patricio, ended up a godsend for anyone compiling one of those teams of the season where you can only pick one player per club.

Marc Guehi (Chelsea to Crystal Palace, July 19)
Had never kicked a ball in anger in the Premier League until joining Palace deep into July. Ended the season an England player.

Conor Gallagher (Chelsea to Crystal Palace, July 30)
Another who managed to thrive despite not swapping Chelsea for Palace – temporarily in his case – until even later into July and finished the campaign with England honours.

Ben White (Brighton to Arsenal, July 30)
Played a full 90 minutes in 31 of Arsenal’s first 33 Premier League games of the season despite the shamefully late arrival of July 30, which is very nearly August.

Tino Livramento (Chelsea to Southampton, August 2)
Another player to leave Chelsea for first-team football and hit the ground running at an alarming speed.

Cristian Romero (Atalanta to Tottenham, August 6)
Can argue this one both ways really as unlike others on this list he demonstrably finished the season stronger than he started it but he was rarely less than excellent whenever he played and there are obvious additional factors behind his improvement.

Aaron Ramsdale (Sheffield United to Arsenal, August 20)
If anything, Ramsdale’s first Arsenal season fell away from a great start after not rocking up until August.

Kurt Zouma (Chelsea to West Ham, August 29)
Would all that unpleasantness with the cat have been avoided if the Hammers brought him in two months earlier? Sadly, we shall never know.

Marc Cucurella (Getafe to Brighton, August 31)
Now seemingly on his way to Manchester City after a stellar first season in England despite not arriving at Brighton until deadline day.

Ben Chilwell (Leicester to Chelsea, August 26)
Obviously the whole 2020 summer window comes with a honking great caveat, but August 26 was still only a fortnight before the season began.

Ollie Watkins (Brentford to Aston Villa, September 9)
And September 9 was only three days before the season began. Watkins would go on to score eight goals in his first 10 all-competition games for Aston Villa.

Diogo Jota (Wolves to Liverpool, September 19)
Even super organised get-our-business-done-and-done-early Liverpool were making what turned out to be very good signings after the season had started back in those mad, crazy times of 2020.

Gareth Bale (Real Madrid to Spurs, September 19)
Imagine what might have happened if Jose Mourinho hadn’t wasted two-thirds of Bale’s bonus season at Spurs in a doomed bid to prove some now long-forgotten point or other. Ended the season with the division’s best minutes-per-goal record.

Edouard Mendy (Rennes to Chelsea, September 24)
Signed after the season had started and transformed the defensive stability of a team who had been struggling desperately with having a goalkeeper whose only apparent qualification for the job was a name that sounded a bit like keeper.

Ruben Dias (Benfica to Manchester City, September 29)
Despite not arriving at City until two-and-a-half weeks into the season, swiftly climbed atop the list of “Best Premier League Centre-Backs Not Called Virgil”.

Raphinha (Rennes to Leeds, October 5)
Remember when Leeds were fun?

Rodri (Atletico Madrid to Manchester City, July 4)
City wisely there deciding not to simply give up on signing Rodri after the humiliation of not managing to get that business done in June like a proper, functioning club would.

Ezri Konsa (Brentford to Aston Villa, July 11)
Arrived three days after Tyrone Mings made his loan move from Bournemouth permanent as Villa procured a new centre-back pairing horrifyingly late in the piece. Did they not know about getting their business done early?

Allan Saint-Maximin (Nice to Newcastle, August 2)
Although they did also sign Jetro Williams from Frankfurt the same day, so let’s call this one kind of a draw.

Joao Cancelo (Juventus to Manchester City, August 7)
City were dawdling shambles of a club that summer, they really were.

Kieran Tierney (Celtic to Arsenal, August 8)
Sadly is made of balsa wood and string, but is very good on the occasions he can be patched up and wheeled out on to the pitch.

Riyad Mahrez (Leicester to Manchester City, July 11)
You just can’t imagine one of the sensible, successful Premier League clubs not managing to bring in any new players until the second week of July. I’ve not checked, but one can only assume 2018/19 was a pretty shoddy year for silly old City.

Jorginho (Napoli to Chelsea, July 14)
I guess this still kind of counts as getting business done early, really, given he turned up from Napoli on literally the same day as new coach Maurizio Sarri.

Yves Bissouma (Lille to Brighton, July 17)
One of the Premier League’s best midfielders, now a getting-business-done summer signing for Spurs.

Alisson (Roma to Liverpool, July 19)
You see, not getting big and important deals like this over the line until way, way into July is why Liverpool will never be a success.

Richarlison (Watford to Everton, July 24)
Although he at least knew the manager, having worked with Marco Silva at Watford. That’s right, this was three permanent Everton managers ago when Marco Silva was in charge.

Lucas Digne (Barcelona to Everton, August 1)
Selling him because he’d fallen out with Rafa Benitez and then sacking Benitez five days later was one of the most Everton bits of Everton’s recent history, which is absolutely littered with Everton.

Adama Traore (Middlesbrough to Wolves, August 8)
Still one of the most flat-out good fun footballers in the game and we say tish and fipsy to your dreary “end product” sensibleness.