Home F365 Says Does Lukaku need to leave Man Utd to be loved? 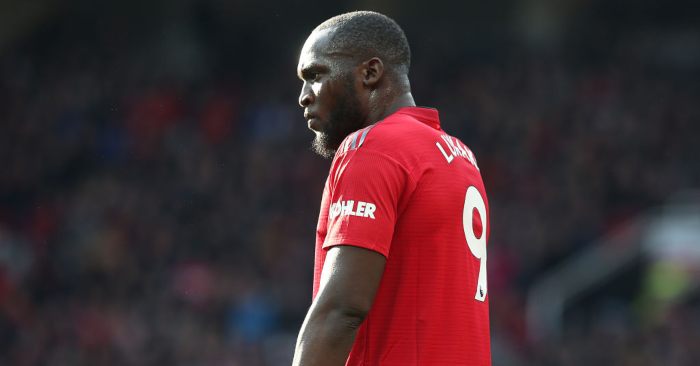 The summer transfer window of 2017 was remarkable for two reasons: Manchester City’s #gamesgone accumulation of excellent but very expensive full-backs and interminable discussions about the merits of strikers Alvaro Morata and Romelu Lukaku. Chelsea and Manchester United were in the market for both and somehow – which seems a perfect illustration of the recruitment issues at those particular clubs – ended up with the ‘wrong’ striker. Pundits, fans and journalists queued up to compare the ‘intelligence’ of Morata with the ‘physicality’ of Lukaku. You could not sit on the fence; you had to choose a side.

‘Morata is great in the air, hugely intelligent on and off the ball, moves well and contributes to the team…but Lukaku scores lots of goals. One is rounded, the other a specialist. Which would you prefer?’ asked JJ Bull in the Daily Telegraph, while journalist Mina Rzouki told the BBC: “Any day of the week if you offered me the choice between Morata and Lukaku, I wouldn’t even think about it. I would pay £20m/£30m more if I had to, and I would bring in Morata because I will always prefer an intelligent player in my team.”

Those views were echoed on these pages and on forums and BTL sections across the internet, while old-fashioned people talked about the same things in pubs. Polls were launched – which usually decreed that Morata was the better option – and pundits talked about Lukaku being ‘only’ a goalscorer as though that were the worst criticism you could level at a footballer, no less a striker. There was relief from Manchester United fans but there was never true elation; the Belgian was a known quantity so never likely to prompt the giddiness of a YouTube highlights special. The consensus was that he lacked ‘Manchester United class’, even though he was joining a Manchester United that needed Europa League victory to camouflage a sixth-place finish.

By the end of September 2017, both Chelsea and Manchester United fans were happy with their purchases, leaving five-star reviews on Amazon as Morata scored six goals and Lukaku seven in seven Premier League games. What we now know is that both were peaking very, very early, with the Spaniard tumbling straight off the cliff while the Belgian lost his footing and slid down with a little more grace. Neither are likely to play for their parent clubs again, with both equally derided and almost equally unloved. Like the argument that raged two years ago, that really is not fair.

There are few strikers that could score twice in an international game – notching his 47th and 48th goals in 81 games – and find a poor touch still trending on Twitter. There are few strikers who could score 42 goals across two seasons for his club and still be considered a flop. But this is Lukaku at Manchester United – a terrible punchline to a joke that was never funny. A meme, a GIF, terrible banter from terrible banter accounts.

A reminder – should it be required – that this is a player who has scored 14 more goals over the last two seasons than any other United player, at a rate of 0.44 goals per game. That puts him a whisker behind Wayne Rooney, Eric Cantona and Andy Cole, which is not the worst of company to keep. But with Lukaku, it’s always about the goals he misses and the passes he shanks out of play; it’s only about the numbers when the numbers are spectacular. It’s fair to say that the numbers have not been as spectacular as the bloopers at a club that was always reluctant to deify him, and so Lukaku will likely leave Manchester United for Italy without ever truly being loved. And when he scores 20 goals in Serie A next season, people will talk about an easier league (they already are) instead of wondering why so many excellent players have failed at United over the last five years.

Lukaku’s spell at United has not been a resounding success, and not just because it has delivered no trophies; there was a period of last season when he looked heavy and awkward enough to fight Anthony Joshua. But he still scored more goals than Marcus Rashford in fewer minutes, and missed fewer Opta-defined Big Chances in the Premier League. And yet Rashford is on the verge of signing a name-your-price new contract while Lukaku’s international manager is saying that “it is now important that Romelu finds the right club”.

That ‘right club’ is probably Inter Milan, where Lukaku will be reunited with the manager who chased him two years ago. Perhaps in Italy he will be appreciated in a way that escaped him at Manchester United, who were always reluctant to embrace him even before his bulk made it practically impossible.