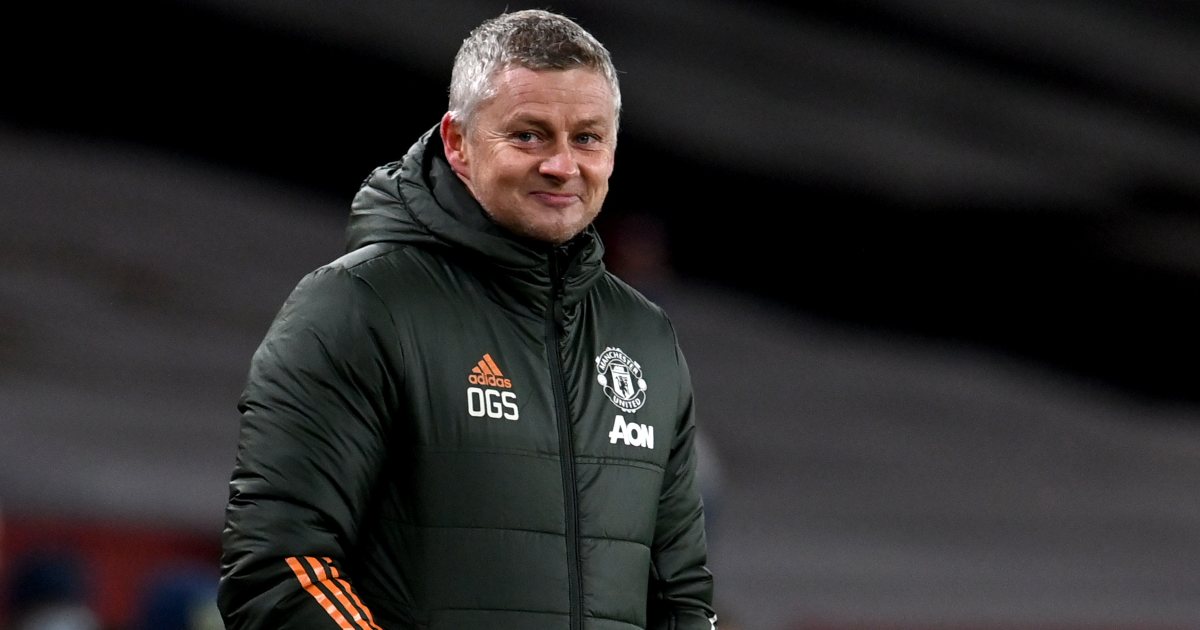 The highs and lows of Manchester United this season have highlighted their obvious strengths and their glaring weaknesses in equal measure.

Whenever United are flying – as they have been for large parts of this season – the blueprint is there for all to see: exploit the space in behind opposition defences and use the pace and guile of forwards like Marcus Rashford, Anthony Martial and Mason Greenwood to wreak havoc after winning back possession.

Last season’s stunning win at the Etihad, the 2019 win over PSG. Some of United’s most devastating displays since Ole Gunnar Solskjaer’s appointment have used this counter-attacking style, albeit with varying systems and tactical tweaks.

Solskjaer is often targeted with accusations of tactical immaturity, naivety and inexperience. The former Cardiff manager struggled in south Wales, but did transmit a high-energy playing style while manager of Molde, where the team had a defined way of playing.

But maybe managing at the top level without intricately mapped-out attacking patterns is actually… fine? Zinedine Zidane’s hugely successful pair of spells as Real Madrid manager evidenced this nicely. Similarly lambasted for a less sophisticated style of play, the results and trophies have come along all the same.

Los Blancos of the first Zizou spell were something of a freak. Often flattering to deceive, even on the big Champions League nights, then coming up with a flurry of goals from the team’s heavy hitters – namely one Cristiano Ronaldo. Zidane, something of a player-whisperer, has been credited with man-managing his squad and keeping the big personalities of a world-class dressing-room happy with remarkable ease.

Now of course, the issue for United would be that they haven’t (yet) won four Champions Leagues in five years. A lot of mutterings about style, tactics and so on will be quickly dismissed if the results keep coming and the trophies arrive neatly with them.

I admit that the gap between this current, defensively shaky United side and the rock-solid, ruthless winning machine of Real Madrid circa 2017 is quite vast. But if Solskjaer can keep his big players motivated and start collecting some silverware, that might just be enough to keep people happy.

So why can’t this Man United side, with all its quality, seem to string together a run of good performances? Not results – we have seen a run of those several times – but performances that inspire true confidence and an understanding of what the Norwegian is building.

Many quarters of the media appear to be looking for reasons to denigrate his work, with an element of confirmation bias in play. Perhaps the one piece of criticism that’s fair to level at Solskjaer is that this United side still looks devoid of ideas when given the ball and told to break a team down.

The midfield often circulates possession in a very functional manner. Which, in their defence, is what you’d expect when the double pivot is likely to be Fred and Scott McTominay – a real Shredded Wheat, rainy Monday morning midfield pairing.

Likewise, the full-backs are an oddity. United bought the brilliantly talented Aaron Wan-Bissaka from Crystal Palace, presumably with the intention of improving his on-the-ball attributes, but he still looks frightened to death as soon as he’s asked to overlap and deliver a cross. Luke Shaw, on the other side, has been in good form lately but there’s still an element of clumsiness to his game, too. The movement from the full-backs never seems as routine as it does at other, top clubs and you’ll often see a bit of polite-but-awkward ‘shall I make the run?’-ing from both of them, glancing to the coaching staff, not quite sure what their function is when they’re given the ball.

With some of the best teams, the identity is there for all to see immediately. A cursory look at Man City or Liverpool gives an insight into how they want to play – attacking and defending in marked patterns. So much of their play is second nature to the XI on the pitch.

So much so, that there’s even a trademark goal. Klopp’s marauding full-backs delivering a wicked ball, Guardiola’s balletic wide players cutting the ball back from the byline. We’ve seen these patterns so often that there simply must be a dress rehearsal.

These teams approach every match equipped with a method. A philosophy, to use a terribly overused word. When a team sits in deep against them, they have this blueprint to refer to that, more often than not, will produce success.

In contrast, Manchester United struggle most when facing these challenges. The sight of ten West Brom players behind the ball causes them to lose their collective marbles. Against these teams, where space is a commodity you aren’t afforded and gaps between the lines are suffocated out of existence, they often resort to individual brilliance rather than tactical methodology.

Gary Neville recently admitted the league title will be a step too far for this Man United side. “You can’t win titles in moments,” he noted, gently criticising the team’s overreliance on chucking the ball in the direction of one their stars to make some magic happen. “You need performances. Rhythm and performances.” You probably can’t win league titles playing like that, no. But can you win a lot of knock-out football matches? Almost certainly.

A caveat would be that for all the splurging on this post-Fergie Frankenstein project of a squad, there’s still a number of glaring holes in the team. The options in holding midfield range from the tenacious but frustrating Fred to an aged Nemanja Matic. Right wing, as pointed out in Friday’s mailbox, has been an issue since Antonio Valencia didn’t turn out to be the second coming of Ronaldo and central defence needs something to break up that circus double act of Harry Maguire and Victor Lindelöf, two North Pole magnets incapable of ever truly becoming a worthwhile partnership.

But, call me an optimist, things are never as bad as they seem. You can be certain that United fans won’t give a damn about their sometimes-clunky patterns of play if, at the end of the season, Maguire is lifting some trophy or another.

No one would put the playing careers of Solskjaer and Zidane on an even keel, not even die-hard Reds. But in management terms, they might not be that dissimilar. With United still in the mix in two cup competitions, there’s every chance he can at least mimic his impact.