Home F365 Says Does the Premier League title race have a pulse? 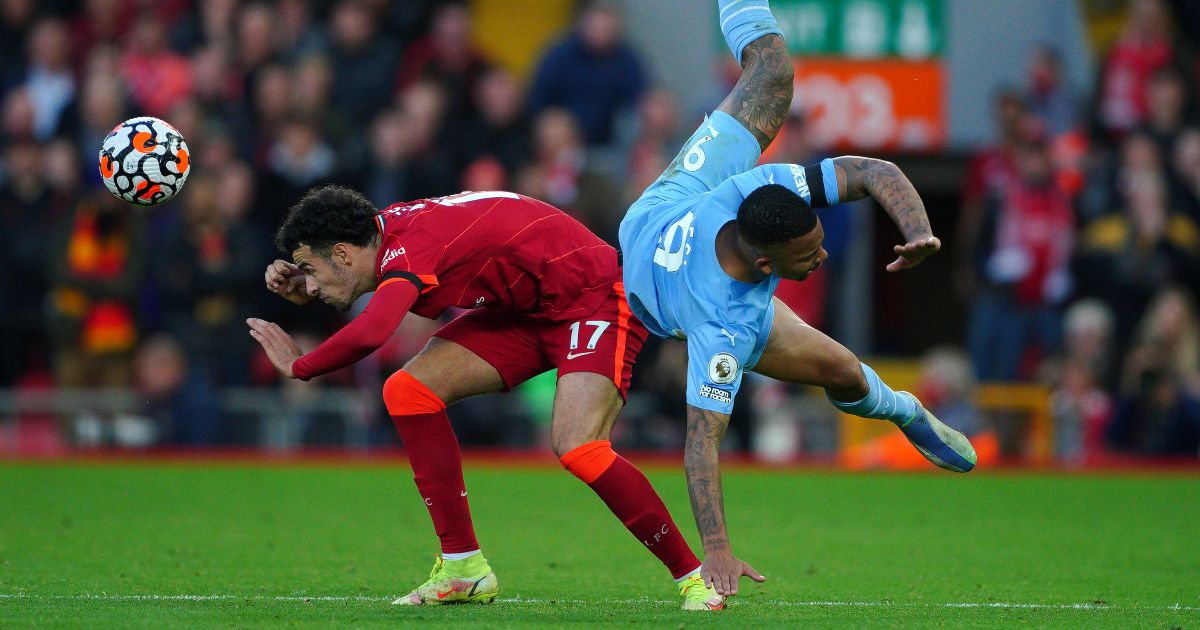 Barely, but we will cling to any hope in an era when anything less than almost-perfect sees you fall short.

As the abyss of no top-flight football for a fortnight comes to jar our January, the parting shots were just enough to keep some hope of a contest alive. A flicker of a pulse was detected. To no audible gasps, there’s been a two-point swing in the title race. Hope springs eternal for ‘the neutral’ (who is this homogeneous group exactly?). Squeaky bum time it ain’t, but you never know.

Much like this time last year, the title battle has unravelled into a total non-event since Christmas and is/was in danger of going down into the usual rabbit holes of social media tribals and spleen-venting. There used to be room for mini-stumbles and even, God forbid, losing a few games in a row. Now, the quest for perfection is a prerequisite. The must-win mentality raises engine room temperatures to dangerous levels. Is it enjoyable to watch when every dropped point feels terminal?

Twelve victories in a row is difficult to live with. Especially when the challengers are having rounds like Anthony Joshua against that tubby fella who ate pizza. The thrill of the chase can turn into a dead end, like constantly having to save match points to stave off the inevitable. Chelsea reeled off 15 out of 17 victories to kill the competition in 2017. Liverpool and Manchester City’s 100% success rate tussle down the home straight in 2018/19 was an outlier. Even City got bored when the Reds won 26 out of their first 27 the following year.

Think back to the strut and the unity of purpose that Chelsea possessed at the start of the season. They had 26 points from ten matches. They had barely conceded a goal. They were the champions of the autumn with body suits of armour and the ‘look at me’ attitude of Champions League winners. It turns out they went too early and are now gasping for breath. It was all a mirage. They are in the desert now. Water. Water.

Thomas Tuchel says wearily: “You sit on the bus and you think where are we going?” This is not the messaging that will bring down the house of Pepucci. Chelsea have played a whopping 19 matches since the last international break so we know you are tired, TT, and there are many mitigating factors – injuries, Covid, the ghost of Fernando Torres locked inside the body of Timo Werner and Romelu Lukaku. Pictures of Ben Chilwell and Reece James in rehab only add to the thoughts of what might have been.

Liverpool and Chelsea both tried to go hard out of the blocks, knowing full well that they needed to establish some kind of lead and then hang on for dear life as the pressure of the eternal Citadel weighs heavy. Maintaining hot streaks is desperately difficult over 38 games when the other engine has a jet thrust.

Recently, the BBC’s nostalgia department rolled out the baggy days of The Rise of the Premier League. Those thrilling, snarling, gnarling duels between Manchester United and Arsenal were a throwback to a more imperfect world where dips in form were not terminal to hope. United claimed the title with 79 points in 1998/99 and 80 in 2000/01. How we would laugh now (sorry, Leicester 2016 vintage).

Before their 2-2 draw with Tottenham (a decent result given the Covid-y circumstances resulting in a midfield that got bombed by Dele Alli) Liverpool had won the previous six league games. A postponement against Leeds and a loss at Leicester later and they were suddenly dead in the water. Marooned. Shipwrecked. This is a team that has lost two of their last 32 Premier League games and won 22. It’s below the 70% bar necessary to keep pace.

What we are seeing is an unprecedented pressure to have the foot on the pedal constantly. It comes at a cost. All the reasons associated with City’s stratospheric tower block domestic domination can come and go. No good will come of crying over spilt rich milk. The chasers and the challengers of Sky Sports Super Sundays now need to show their cojones and stop the moans.

“Sometimes it’s difficult for me to understand how, to drop points after one good performance, for them to say that now the race is open, when before it’s over,” said Guardiola after the hiccup at St Mary’s. Yep, Pep. We are that desperate. The race still has a pulse. It’s ‘live’. But then again, yoghurt is live.