Home F365 Features Doing a Leicester: The five contenders to repeat the impossible 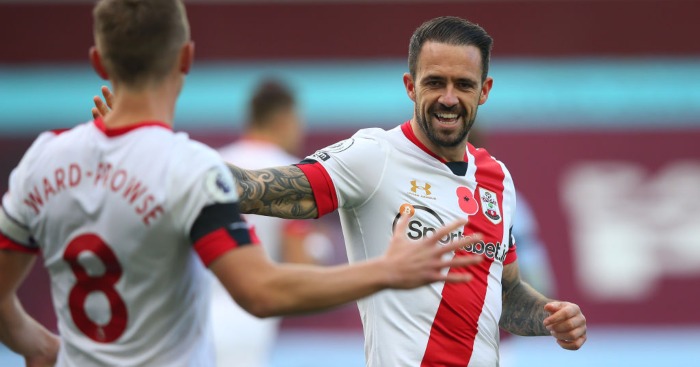 This has been a season like no other, with wild results all over the place and many of the biggest clubs like Liverpool, Spurs, Chelsea and Manchester City all losing as many as one whole game each in a madcap opening to the season.

It’s all left everyone – including us, we’ll hold our hands up – immensely giddy at the prospect of someone from outside the So-Called Scare Quote Big Six Close Scare Quote managing to ‘Do a Leicester’ and achieve an impossible title win just five years after the last one. Because this season is so silly, there are as many as five teams who have been officially dubbed the New Leicester before Liverpool’s inevitable stroll off into a 12-point lead before Christmas, and weirdly the least satisfactory of the five are Actual Leicester. You’ve done it again, 2020, you mad bastard!

Let’s take a look at all the contenders…

Why they are the New Leicester: Good summer business. Manager is both a) Italian and b) a former Chelsea boss. Blue kit. Key rapport between in-form English striker and game-changing creator. Beat Spurs (who, as an aside, while ineligible for Doing a Leicester status are currently making an almost eerily flawless job of Doing a Spurs) 1-0. Also won some other games.

Why they are not the New Leicester: Because Leicester’s title win is still viewed mainly through the prism of its sheer mind-melting implausibility, Ranieri’s side are rarely given the credit they deserve for so unflappably holding their nerve in that crucial period around 25-30 games when “Haha it could happen!” turned to “Hang on, is it actually going to happen?” That pressure shift is seismic and Leicester responded with four successive 1-0 wins. Everton’s thorough pant-soiling over the last fortnight after finding themselves in contention a mere five games into the season is a reminder of just how impressive Leicester’s nerve-holding really was, even if the only very tentative pressure being exerted at all from below came from Spursy old Spurs. Everton’s last couple of games have also shown up the lack of depth below the first XI in several key areas. This is actually very on brand for being the New Leicester, but it’s unlikely – especially this season, and especially given the absences they’ve already suffered – that they will be as fortunate in this regard as Leicester.

Why they are the New Leicester: Gave Man City a right old shoeing at the Etihad. Have also won at Arsenal and fellow New Leicesters Leeds. Jamie Vardy banging in goals up front. Inspirational manager who has turned the club around having previously been unfairly perceived as something of a figure of fun. Are in fact Leicester.

Why they are not the New Leicester: Even if they win it again it’s hardly the same, is it? Finished fifth last year and would have qualified for the Champions League but for a ridiculous Project Restart implosion. Impressive as their subsequent return to top form is this season, they started it 200/1 rather than 5000/1.

Why they are the New Leicester: Winning the league straight after promotion from the Championship is close enough to winning the league straight after avoiding relegation by the skin of your arse in the unlikeliness stakes. Patrick Bamford is a slightly different kind of chap from Jamie Vardy, but his journey to shit-hot Premier League marksman is roughly as unlikely. Manager is a funny foreigner lol.

Why they are not the New Leicester: Battered by Old Leicester. Despite all the excitement and attention and positive press and Hat-trick Bamfords etc. are in fact already six points off the pace and in the bottom half of the table just below Newcastle.

Why they are the New Leicester: In many ways, the closest match to the Leicester 2016 blueprint. From the Midlands? Check. Narrowly avoided relegation last time out thanks to unlikely late-season flourish? Check. Genuinely available to back at four-figure odds pre-season? Check. Fast start earning vaguely patronising pats on the head? Check. Talismanic star player? Check.

Why they are not the New Leicester: Will clearly finish 10th.

Why they are the New Leicester: Powered by goals from English striker erroneously pigeonholed as journeyman. Embarked on fine run of form on the back of a 5-2 home defeat to a north London side in September. If anything, Clive, they’ve almost followed Leicester too well.

Why they are not the New Leicester: For all the talk of Southampton’s remarkable turnaround since the 9-0 defeat to Old Leicester, and it has been a remarkable turnaround, they’ve taken 57 points from 35 games since that awful night. Remarkable as those numbers are, they probably need at least 67 from the next 31 to go Full Leicester. Realistically: no.