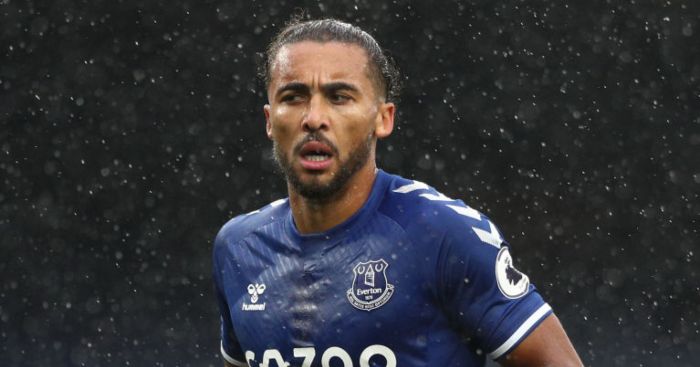 Dominic Calvert-Lewin insists the prospect of playing for England holds “no fear” for him following his scintillating start to the 2020-21 campaign with Everton.

The Toffees striker admitted he is realising a childhood ambition in being drafted into the senior England squad for the first time for the friendly against Wales followed by Nations League games against Belgium and Denmark.

His inclusion comes off the back of scoring nine times in only six games in all competitions this season, with his six Premier League goals helping Everton top the embryonic standings.

“I’m just excited to get going, the Premier League is the best league in the world and I’m playing there consistently well at the moment so I’ve got no fear in playing for England,” the 23-year-old said.

“It’s a kid’s dream to play for the country and I’m very privileged to be here now.

“I don’t think you can ever plan how you’re going to feel when you first get called up for your country and for me I’ve thought about it for a long time and I’ve worked extremely hard to get here.

“I was obviously concentrating on playing for Everton and winning games. As the time nears you hope you might be in the manager’s thoughts to be called up to your country.

“For me to be here, it’s something that I have thought long and hard about and dreamed of for a long time.”

The opportunity to work alongside England captain Harry Kane is a welcome one for Calvert-Lewin, who added: “He broke into the Premier League and hit the ground running around a similar age to what I am now.

“For me, he’s got a lot of things to his game that I can learn from and add to my game. He is where he is for a reason: he’s worked extremely hard, he’s got great ability and he scores goals.

“For me as a player coming into the team, it’s nice to get up close and personal and see how he operates on a daily basis.”

The arrival into the England camp of Tammy Abraham, Ben Chilwell and Jadon Sancho has been delayed following reports the trio attended a party in breach of coronavirus restrictions.

It is another headache for manager Gareth Southgate, who had warned his players to be on their best behaviour after Phil Foden and Mason Greenwood were sent home for breaching protocols while on England duty in Iceland last month.

Calvert-Lewin said: “It’s a difficult time. The boys have apologised and that’s first and foremost what they needed to do but we all understand what it means to play for the country and you have to remember that at all times.

“It’s a tough situation but they’ve apologised so you have to move on.

“We had a welcome meeting (on Monday) and (Southgate) just reminded us what it means and the expectations of playing for England and you have to be extra, extra careful and follow the rules.

“It’s a unique moment in time and we always have to be extra attentive to those rules, and that’s the way it is when you’re representing your country.”