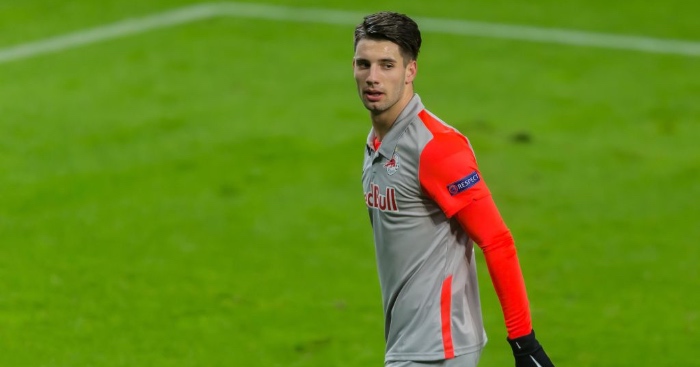 The Hungarian wonderkid has been heavily linked with the Gunners in recent months.

Manager Mikel Arteta was thought to be keen on adding Szoboszlai to his squad as a cheaper alternative to Houssem Aouar.

According to Sky Sports, Arsenal have failed in their approach to sign the 20-year-old as he’s instead decided on a move to Leipzig.

The move will see Szoboszlai make the next step in his career, from the Austrian Bundesliga to the German one.

It’s believed that Leipzig activated the player’s £23 million release clause. They had first refusal on the attacking midfielder due to their close partnership with Red Bull Salzburg.

The transfer will be a big blow for Arsenal chiefs, who were lining up a move for him at some point next year.

They might now have to spend big on Aouar to add more creativity to their midfield.

The Gunners could always return to sign Szoboszlai from Leipzig, similar the recent transfers of Timo Werner to Chelsea and Naby Keita to Liverpool.

Szoboszlai will likely want to prove himself in the German league in order to earn a transfer to one of Europe’s elite clubs.

Arsenal will have to fend off interest from Real Madrid and Bayern Munich, however. The two European giants have already been linked with Szoboszlai and will now be monitoring his progress closely.

The player has been in exciting form this season, bagging eight goals and assisting a further nine for Salzburg in 19 appearances.

He also scored the crucial late goal to send his country to next summer’s European Championships, ahead of Iceland.

Arsenal may have to wait now before signing one of their main transfer targets, as he begins a ‘trial period’ to impress in Germany.