Home All The News ‘Van de Beek is not a world-class player, more Everton’ 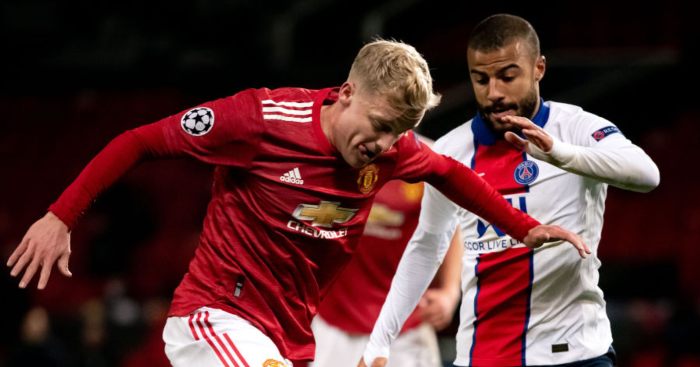 The Dutchman, who completed a £40million move from Ajax in the summer, started his first Premier League match over the weekend as they came from two goals down to win 3-2 against Southampton.

He has impressed in the Champions League, making three starts, including the 4-1 win over Istanbul Basaksehir and a 5-0 victory over RB Leipzig.

Van de Beek came off the bench to play 11 minutes in the defeat to Paris Saint-Germain on Wednesday night and afterwards Van der Gijp compared his compatriot to Man Utd team-mate Bruno Fernandes.

“He (Fernandes) has scoring ability, depth and he can give balls of which you say ‘I never saw them coming’.

“And Van de Beek always gives balls that I think ‘I saw that too’ so there is little surprise in it.

“The question is: do you think there is still a lot of flexibility in Van de Beek? Do you think he’ll be even better than that very good year in the Champions League he had?”