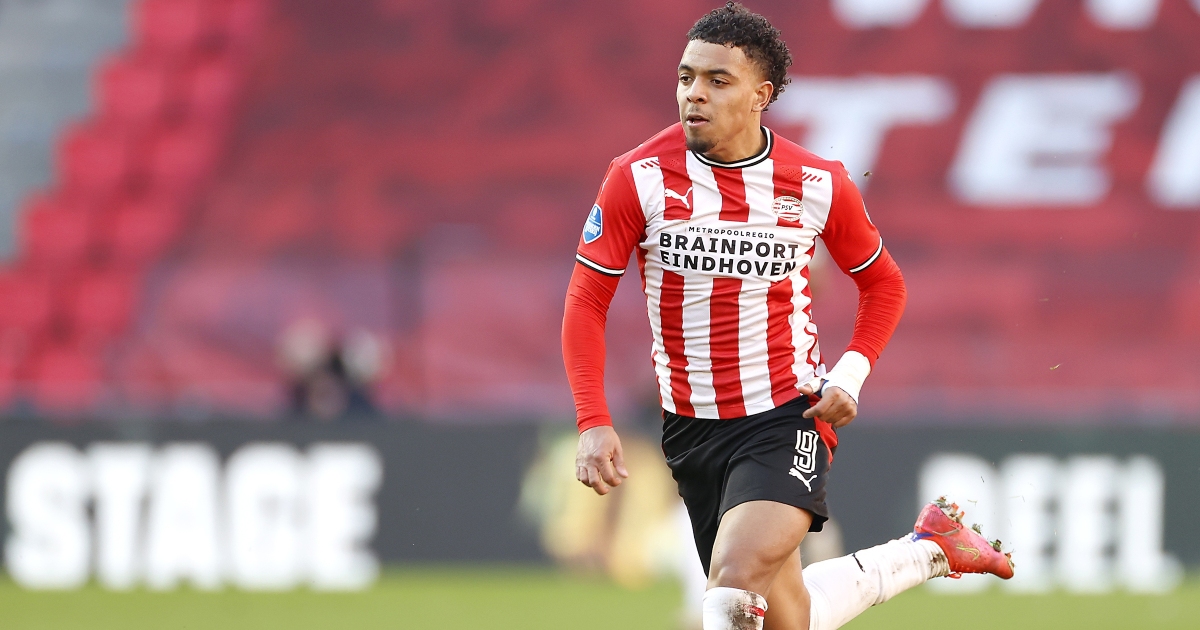 A striker sold by Arsenal for just £540,000 is reportedly on the radar of Premier League rivals Liverpool.

Dutch international Donyell Malen left the Emirates in 2017 after failing to make a first-team appearance for the Gunners.

The former Ajax youth was tipped for big things on his arrival at Arsenal.

An impressive debut season at youth level in which he scored 14 goals seemed to confirm his potential.

The goals failed to flow the following campaign, with Malen mainly used on the wing.

And, despite being included in Arsenal’s squad for their pre-season tour of China and Australia in 2017, he was sold to PSV Eindhoven in August of that year.

The seven-cap striker has set about proving the Gunners, and then-manager Arsene Wenger, wrong in Holland. He has 51 goals from his 110 appearances and is one of the most feared marksmen in the country right now.

The 22-year-old has been in fine form for the Eredivisie outfit during 2020/21. He has scored 23 goals and claimed eight assists in 39 appearances.

Now Milan News are claiming Liverpool are interested in bringing Malen back to England.

AC Milan, Juventus and Borussia Dortmund are also reported to be in the hunt, along with former club Arsenal according to TalkSport.

Whether Arsenal would be willing to shell out a reported £48million on a player they let go for almost nothing remains to be seen, however.

Although Malen has been keen recently to rubbish rumours that his departure from Arsenal was for reasons other than football.

“There are stories that I was not fit when I came to Arsenal,” he told De Telegraaf. “But I have never been too fat, that really is a nonsense story.”

With the vultures circling, Malen put in the worst possible audition on Wednesday evening.

He earned his seventh cap for the Netherlands as they were humbled 4-2 by Turkey in Istanbul.

Following his performance in the surprise defeat, Football Oranje slated him for his display.

The website scored him a 3.5/10 – the lowest rating of any Holland player, including goalkeeper Tim Krul who shipped four goals.