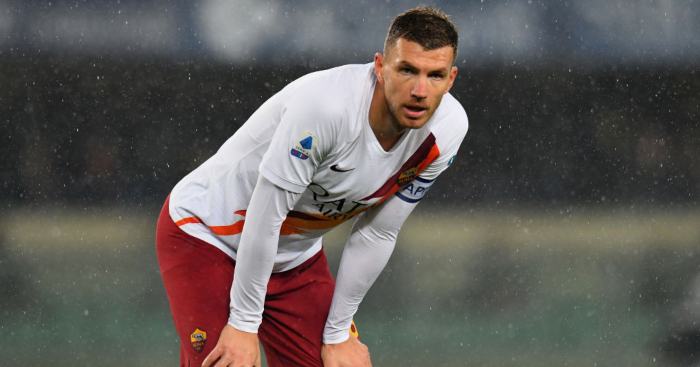 Tottenham’s January transfer window pursuit of Roma striker Edin Dzeko is over before it had even begun, according to reports.

Dzeko has scored eight goals in 17 starts for the Serie A side this term and now has 95 goals in 198 appearances for Roma.

And those claims have been backed up in the Corriere dello Sport (via Sport Witness), who say Spurs have ‘contacted his agent’  with Mourinho looking to bring in a ‘luxury alternative’ to Kane.

A ‘few signals’ have reached Roma’s hierarchy but the door has ‘suddenly shut’ on Tottenham until at least the summer.

Roma boss Paulo Fonseca regards Dzeko as an ‘irreplaceable player’ and Mourinho will have to ‘look elsewhere’ in the January window.

It remains to be seen how much backing the Portuguese manager will get in the transfer window with the likes of Kalidou Koulibaly also linked with a move to north London.