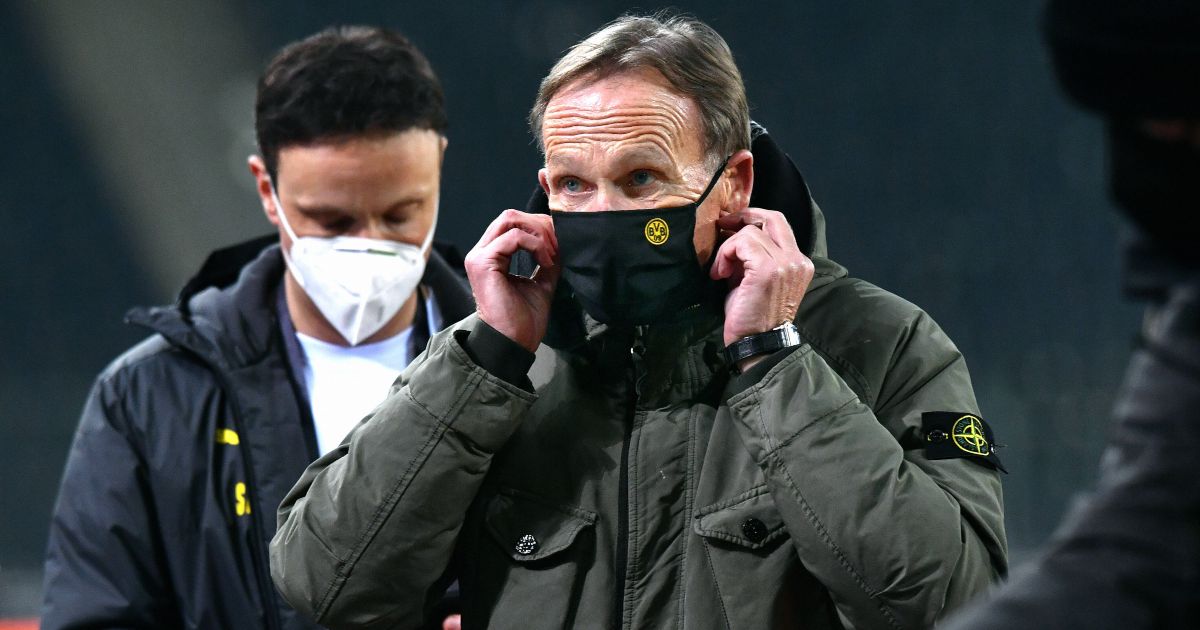 Borussia Dortmund have confirmed that they will not join the European Super League breakaway and remain committed, along with Bayern Munich, to Champions League reforms.

The controversial plans have sparked widespread criticism from fans, former players and figures from around the global game.

But Dortmund CEO Hans Joachim Watzke has completely rejected rumours that Dortmund or Bayern Munich could breakaway to join.

Watzke said: “The board members of the European Club Association (ECA) came together for a virtual meeting on Sunday evening, where it was agreed that the board’s decision from last Friday still stands.

“This decision dictates that all clubs wish to implement the proposed reforms to the UEFA Champions League. The ECA board members took a clear stance in rejecting plans for the establishment of a Super League.”

Watzke added: “Both German clubs on the ECA board, FC Bayern Munich and Borussia Dortmund, shared exactly the same stance throughout all discussions.”

Borussia Dortmund CEO Hans Joachim Watzke confirms that both they and Bayern Munich won’t be joining the European Super League and are sticking with the planned Champions League reform. pic.twitter.com/7UVYY6dbFp

Portuguese side Porto have also ruled themselves out of the European Super League with their president Pinto da Costa claiming: “There were informal contacts but we didn’t pay much attention. We are in the Champions League and we hope to continue to be there for many years to come.”

“Football supporters are the heartbeat of our national sport and any major decisions made should have their backing,” he said in a statement.

“With many fans, we are concerned that this plan could create a closed shop at the very top of our national game. Sustainability, integrity and fair competition are absolutely paramount and anything that undermines this is deeply troubling and damaging for football.

“We have a football pyramid where funds from the globally successful Premier League flow down the leagues and into local communities. I would be bitterly disappointed to see any action that destroys that.”