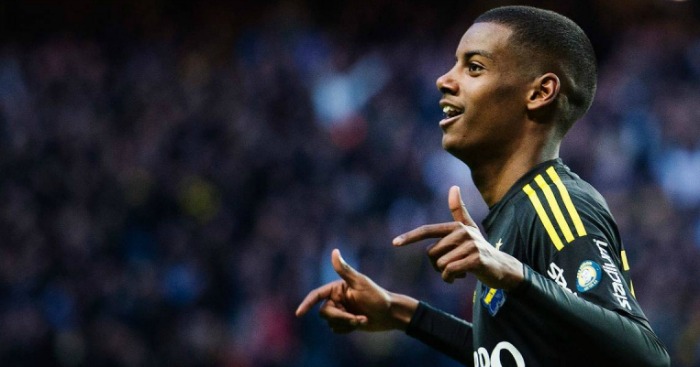 Borussia Dortmund have beaten Real Madrid, Chelsea and a number of other suitors to the signing of Alexander Isak.

Isak confirmed the signing of striker Isak for £8.25million from Swedish club AIK on Monday.

Chelsea and Manchester United were both believed to be one of the frontrunners to secure his signing, while Liverpool were also interested in the 17-year-old.

But it is Bundesliga giants Dortmund who have stolen a march on their rivals, making him their first signing of this year’s winter transfer window.

The player, dubbed ‘the next Ibrahimovic’ because he is young and Swedish and the football world has no imagination, almost joined Real Madrid last week, but had a change of heart and chose to move to Germany.

“We are delighted that he has chosen Borussia Dortmund. Both BVB and the player himself are convinced that this transfer has great potential.”