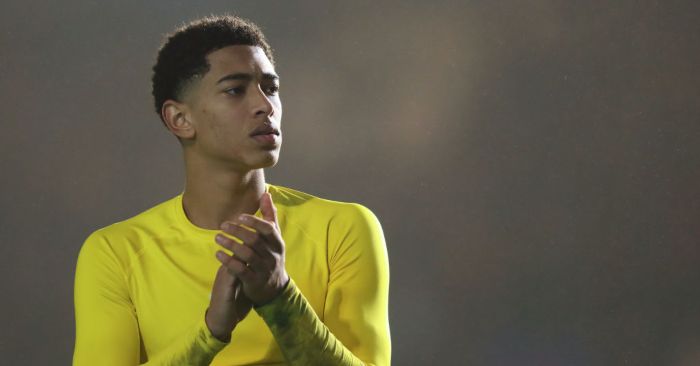 Borussia Dortmund are expected to beat Man United to a second major signing in as many transfer windows after making a ‘more persuasive’ pitch for Jude Bellingham.

Dortmund and Man United did battle over the signature of striker Erling Haaland in the winter window, with the striker later explaining that he “liked how” the German club “spoke to me”.

Bellingham has emerged as a £35m summer target for both clubs after his first-team breakthrough for Championship club Birmingham this season.

Man United are thought to have promised the midfielder instant opportunities under Ole Gunnar Solskjaer, but Dortmund have pledged to give him ‘much more playing time’.

The Independent say Dortmund are ‘currently the more attractive option’ because of ‘their willingness’ to feature young players, with Jadon Sancho a particular ‘example’ for Bellingham.

While Man United ‘would argue they have big plans’ for the teenager, it is suggested that he would be ‘only used occasionally’ as a squad player.

Bellingham is also aware he could return to England ‘in two years’ as a more developed talent with invaluable experience gained in Germany, much like Sancho.

The Daily Telegraph add that Bellingham ‘was impressed by what he saw’ when visiting the Man United training ground recently but Dortmund are ‘confident’ of striking a deal, particularly as ‘the prospect of a move to the Bundesliga is thought to have long held appeal for Bellingham’s influential father, Mark.’

It remains to be seen how else Solskjaer plans to use the reported €300million budget he has at his disposal, with Sancho, Jack Grealish and Kai Havertz among their high-profile targets.