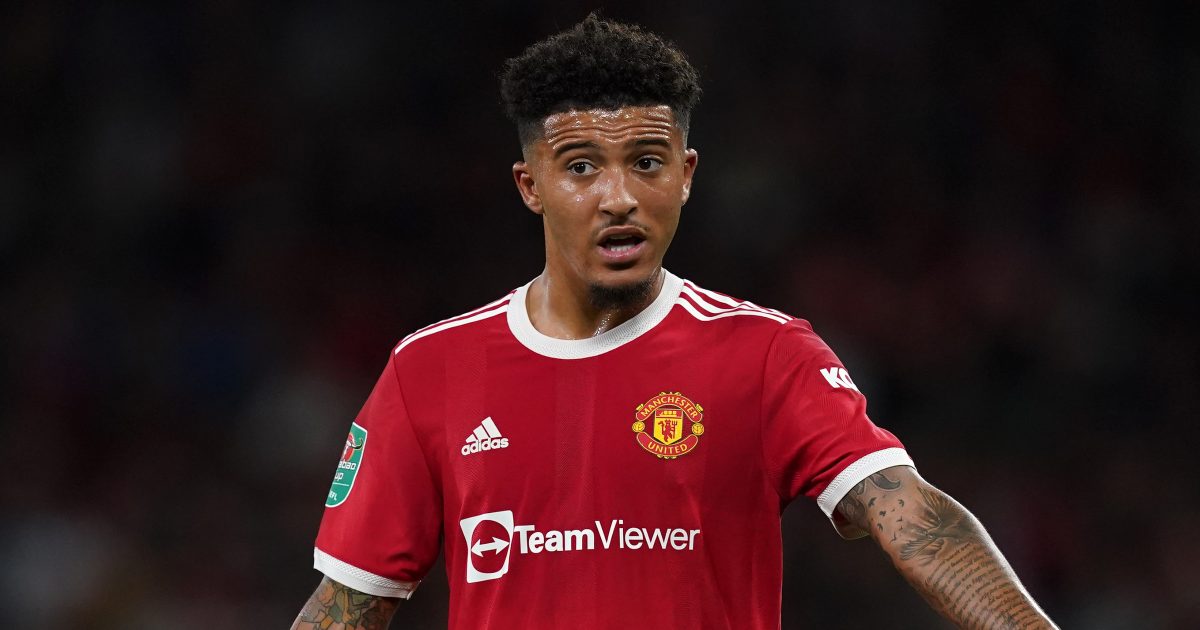 The winger came close to joining Man United last year, but they could not agree a fee with Dortmund.

Sancho continued to impress for the German outfit last term as he grabbed eight goals and eleven assists from his 26 Bundesliga outings.

The Englishman finally secured his move to Man Utd this summer. Ole Gunnar Solskjaer’s side paid an initial fee of around £73m to bring him to the Premier League.

The 21-year-old has struggled so far this season, though. He has failed to register a goal or an assist for the Red Devils from his seven appearances across all competitions.

Sancho was left on the bench on Saturday as Man Utd were beaten 1-0 by Aston Villa at Old Trafford.

Dortmund CEO Watzke has been speaking about Sancho’s start at Man Utd (as reported by Caught Offside). He says it “hurts his soul” that he is given “little consideration”:

“I love Jadon. When you see him playing you get tears in your eyes. It hurts my soul that he is given so little consideration.

“I think his problem is that he’s not set in the English national team.”

“This squad, when it’s depleted, still isn’t up there with the best in the Premier League.