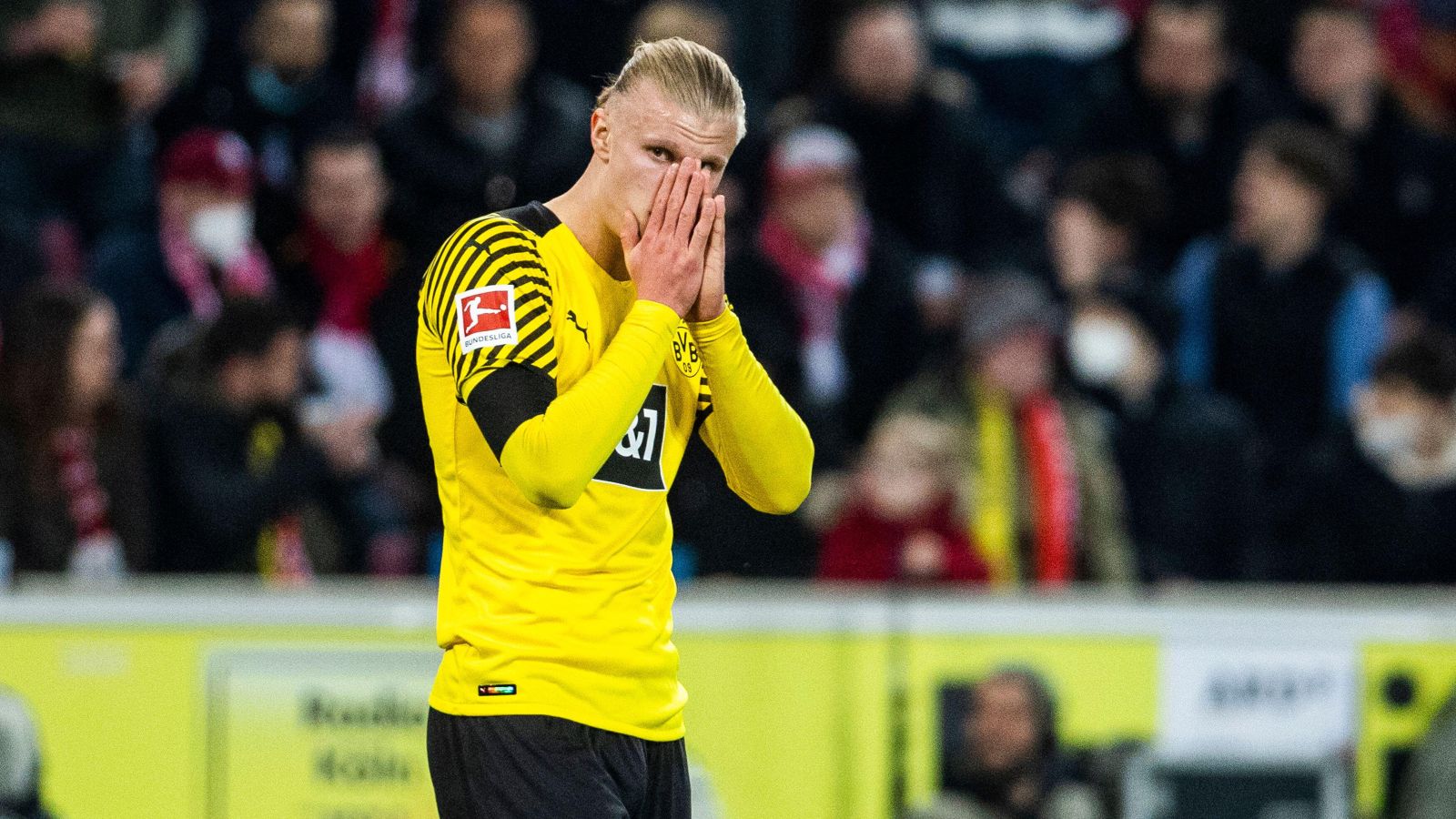 Dortmund chief executive Hans-Joachim Watzke has claimed that Erling Haaland would’ve moved to Man Utd instead in 2020 if the Premier League side had inserted a release clause.

The Norway international was at the centre of a tussle between Dortmund and Man Utd when he became available for a fee in the region of €20m.

BVB won the race for the 21-year-old in 2020 with Haaland joining the Bundesliga side after scoring 29 goals in 27 matches for RB Salzburg.

His amazing scoring record has continued at Borussia Dortmund with Haaland bagging 82 goals in his last 86 matches in all competitions.

During negotiations to sign Haaland, Dortmund agreed that they would include a buy-out clause of €75m, which is now very likely to be triggered this summer.

And now Watzke has revealed that Man Utd would’ve pipped them to the signing of Haaland in 2020 if they had agreed to a release clause in the deal.

Speaking to 19:09 Talk (via the Daily Mail), Watzke said: “We gave Erling Haaland a release clause… otherwise he would have gone to Manchester United.”

Widespread reports indicate that Man City are now favourites to land Haaland this summer with the Citizens looking to bring in a new striker.

Speaking to Bild, Hamann claims that the sale of Haaland will help Dortmund, he said: “I think that not only the fans, but also the team and the club are fed up with the whole circus.

“At BVB, players will score goals even without Haaland. That has always been the case. I actually think it will help Dortmund in the short or medium-term if Haaland is no longer there.”

Hamann added: “He drew a lot of attention to himself. Then he did his lap of honour in front of the Sudtribune alone in the winter. His gestures, his waving off and his body language have been disrespectful at times.

“He missed a lot of games and you also have to remember that BVB also suffered defeats with him. That’s why I think Haaland is better off elsewhere. And I also believe that Dortmund will benefit from the money they will get for him.

“Without Haaland there is also a huge opportunity. Maybe a (Donyell) Malen will blossom, for whom it has not been easy to score goals next to Haaland. I believe that BVB, with the players they’ve already brought in, will be better without Haaland next season than with him.”