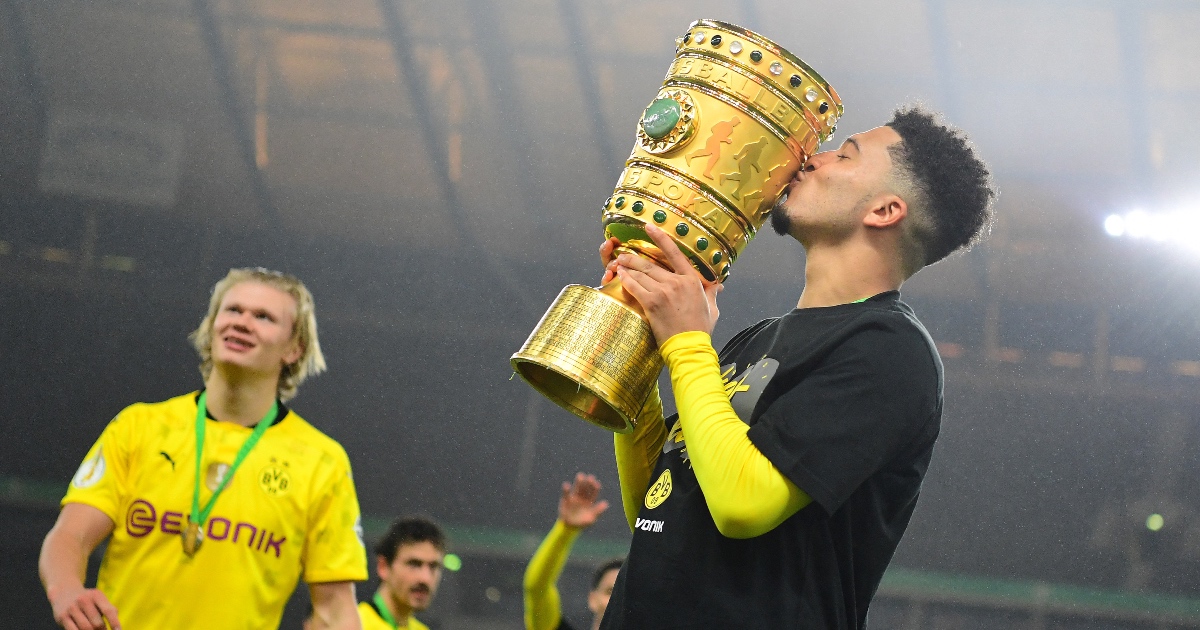 Borussia Dortmund have confirmed they have reached an agreement for Jadon Sancho to join Manchester United for £73million.

The deal is nearing completion after months of United being linked with the 21-year-old attacker, who is currently on duty with England at Euro 2020.

In a statement on their official website, Dortmund said: “Jadon Sancho is close to (a) move from Borussia Dortmund to Manchester United. This is today’s agreement of both clubs and the player in principle.

Rafa joins six bosses who managed both sides of derbies…

“Upon realisation of this transfer Manchester United will pay BVB a fixed transfer compensation in the amount of 85m euros.

“The contractual details now have to be coordinated and completed. Moreover, the formal processing of the transfer is still subject to the successful completion of all necessary medical tests and examinations, a coordination procedure with the player’s previous club and the proper and timely processing in accordance with the provisions of the FIFA transfer matching system.”

Sancho was part of Manchester City’s academy before leaving the club to sign for Dortmund in August 2017. He has made 137 appearances in all competitions for the German outfit, scoring 50 goals.

Speculation had been rife last summer that he would be headed to Old Trafford, but no transfer materialised at that point.

This deal would see Sancho, who has scored three times in 20 senior international appearances, become the second most expensive Englishman behind Harry Maguire, who United signed two years ago from Leicester for £80m.

Dortmund’s statement added: “With the realisation of this transfer business, the management expects a positive effect on the key earnings figures for the 2021-2022 financial year in the amount of approximately 56m euros (£48m).”

Sancho is set to boost the United attack after a 2020-21 season in which Ole Gunnar Solskjaer’s men finished second in the Premier League – 12 points behind champions City – and were beaten on penalties in the Europa League final by Villarreal, having exited the Champions League at the group stage.

Dortmund, who finished third in the Bundesliga and won the German Cup, were eliminated by City in the Champions League quarter-finals last term.