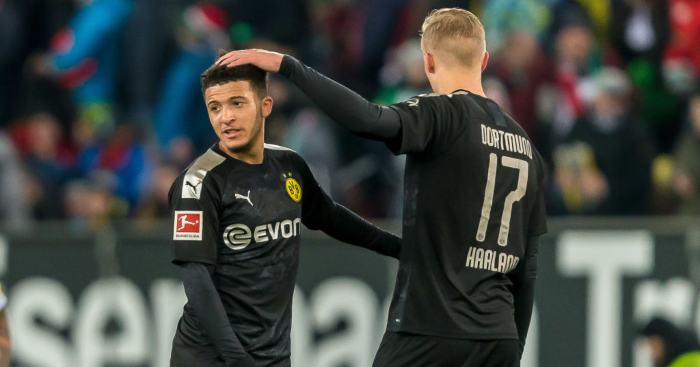 Manchester United and Liverpool will have to splash out a huge amount if they want to land Jadon Sancho from Borussia Dortmund this summer, according to reports.

The England international has been linked with Manchester United, Liverpool and Chelsea heavily over the last year as he continues to impress in the Bundesliga.

Sancho has bagged 13 goals – equalling his tally from the whole of last season – and 12 assists in all competitions this term for Dortmund as he’s made 25 appearances.

And that form unsurprisingly has done little to reduce interest in the 19-year-old, in fact it seems to have seen Dortmund push up their demands for Sancho.

German publication Sport Bild (via Sport Witness) claim Sancho has three main admirers with a chance of purchasing him this summer in the form of Manchester United, Liverpool and Real Madrid.

The report adds that it will be tricky for Dortmund to keep Sancho past the summer transfer window despite tying him down to fresh terms last summer.

And Sport Bild continues by saying that Dortmund are looking for €150m if any of the three sides want to make him their marquee signing.