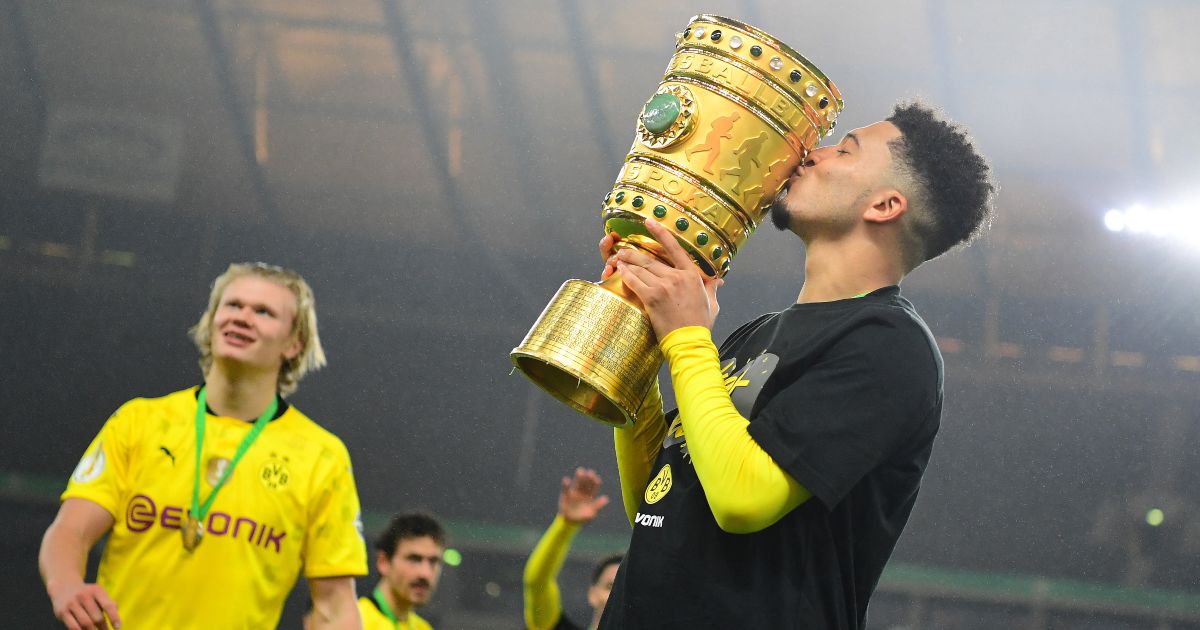 Borussia Dortmund are keeping their demands for Jadon Sancho high as Man Utd attempt to tie up a deal, according to reports.

The England international, who was selected this week to be part of Gareth Southgate’s Three Lions squad for the European Championship, was heavily linked with a move to Man Utd last summer.

However, the Red Devils were unwilling to pay his £100million price tag and instead lined up cheaper alternatives.

Man Utd are understood to have reignited their interest this summer with the club ‘ready’ to sign Sancho before the Euros.

Sancho has a ‘gentleman’s agreement’ with Dortmund sporting director Michael Zorc, allowing him to leave if their asking price is met and the timing is right.

And now a report in The Athletic claims that Man Utd are ‘pressing ahead with talks to sign’ Sancho, ‘as expectations rise that an agreement can be reached’.

The Red Devils ‘have been given encouragement that Borussia Dortmund will accept a lower amount than last summer’s asking price’ and there is ‘a willingness to find a solution this time around’.

The transfer fee is still the major sticking point with Man Utd ‘prepared to commit £80 million’ but the German club are ‘holding out for an additional £20 million in achievable add-ons’.

The Premier League club still want to seal the signing before the Euros but his participation in the England squad throws up ‘added complications’.

‘Crucially, however, discussions so far point to an openness to compromise and Old Trafford sources sound positive at this stage. United have spent £80 million on Harry Maguire and £89 million on Paul Pogba in recent seasons and are capable of spending that sort of money on a single marquee player in this summer’s window.’

“You don’t want it to be underwhelming recruitment,” Ferdinand told the FIVE YouTube channel.

“It’s not just about who we want, it’s about who wants to sell. Dortmund needed Sancho [this season] – he was brilliant from Christmas on, to qualify for the Champions League.

“He’s been magnificent Sancho. If he comes to Man Utd he’ll light this place up. Sancho is one i’d love to see to come to United.

“I also think we need a centre half. People talk about central midfield but I think we’ve got enough bodies in there to be able to do alright and do enough. With a top centre-back we can go on to really compete.

“You see what the impact of a top centre-back does, look at what Dias has done at City. If you get the centre half to play alongside Maguire who is quick, do you need to play two holders then? You don’t.

“Even with Pogba in there or McTominay in there as the one to get the ball to people to create. I just want to see one holder, rather than two.”