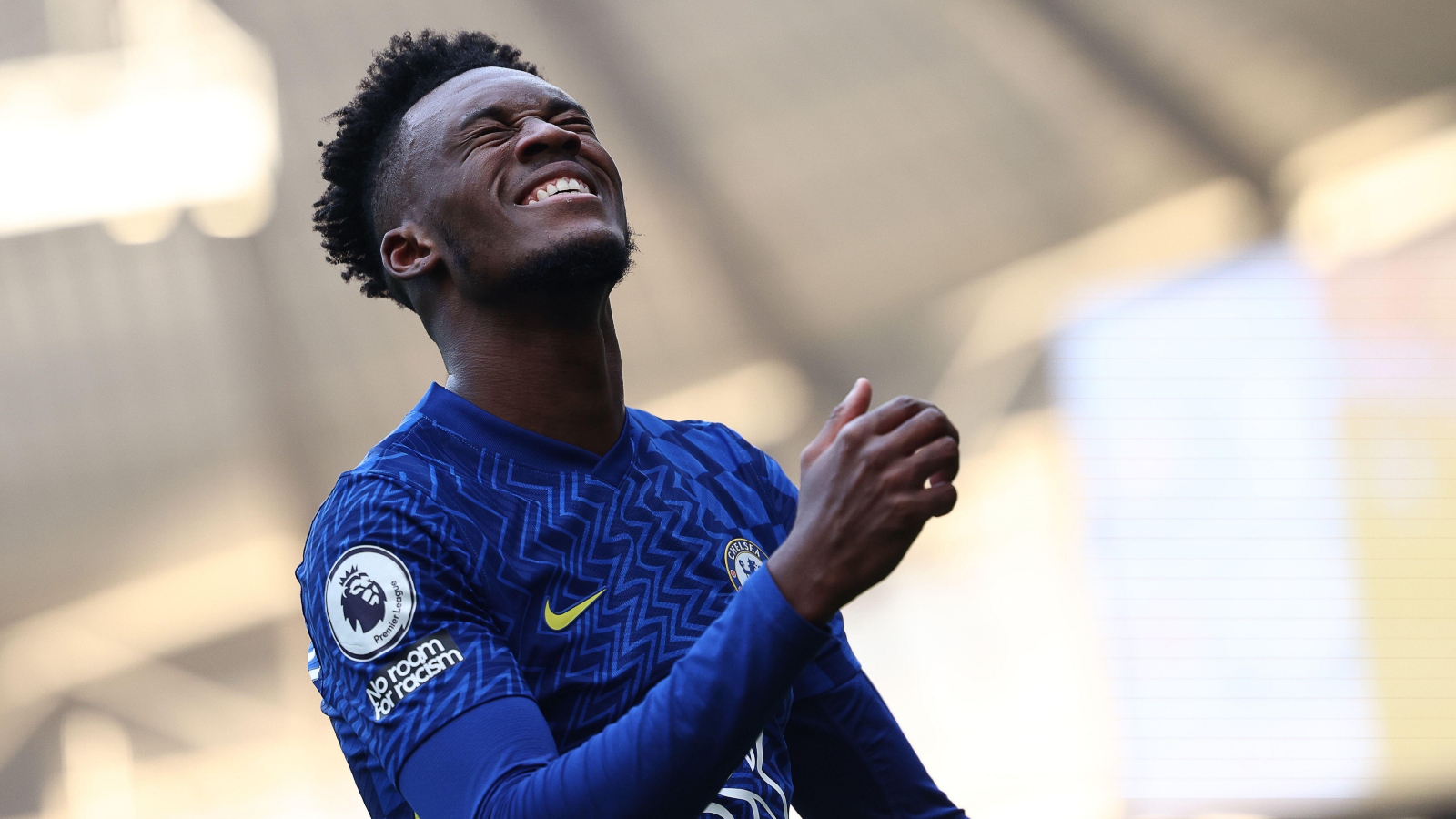 Bundesliga club Borussia Dortmund have reportedly registered an in Callum Hudson-Odoi after he asked to leave Chelsea.

Hudson-Odoi came through the youth academy in west London and has made 126 appearances for the club’s first team.

He struggled for game time last term, playing 28 times across all competitions, including 11 starts in the Premier League.

Thomas Tuchel did not include the 21-year-old in his squad on Saturday for his side’s 1-0 win against Everton at Goodison Park.

Hudson-Odoi wants to leave Chelsea in order to play more first-team football, with the Blues preferring a loan departure to a permanent one.

There has been interest from Bayern Munich in the past and the London club reportedly rejected a loan offer with a £70million option to buy from the German giants in October 2020.

And another Bundesliga outfit are now looking to sign the young winger, with Borussia Dortmund ‘entering the race’ for his signature, according to The Guardian.

Hudson-Odoi is believed to be ‘interested’ in joining Dortmund as he still wants to play at a ‘high level’.

The German club have shown interest in the past and tried to sign the player on loan last summer.

A loan is the ‘more likely’ outcome this summer due to Chelsea’s valuation of the England international.

Hudson-Odoi has two years left on his Blues contract and despite a loan move looking more probable than a permanent move, that should not be ruled out.

Interest is very high, with Sky Sports correspondent Dharmesh Sheth claiming ‘as many as 20 clubs’ are keen on signing Hudson-Odoi.

One player set to leave Stamford Bridge permanently is Timo Werner, who is set to re-join RB Leipzig.

In terms of incoming signings, Chelsea have been heavily linked with Barcelona midfielder and Manchester United target Frenkie de Jong.

It was reported on Monday that De Jong has told his Barca teammates that he is completely against a move to Old Trafford, while Chelsea is a ‘good option’ for him.

The Dutch playmaker would only leave Catalunia for a ‘top club’ – with Chelsea falling into that bracket as they have Champions League football to offer, and are always competing for titles, unlike United.

The Blues have had two huge bids rejected for the French defender – worth £63m and slightly above £70m.

They are believed to be preparing a third offer as Tuchel looks to further bolster his defence following the signings of Kalidou Koulibaly from Napoli and Marc Cucurella from Brighton.