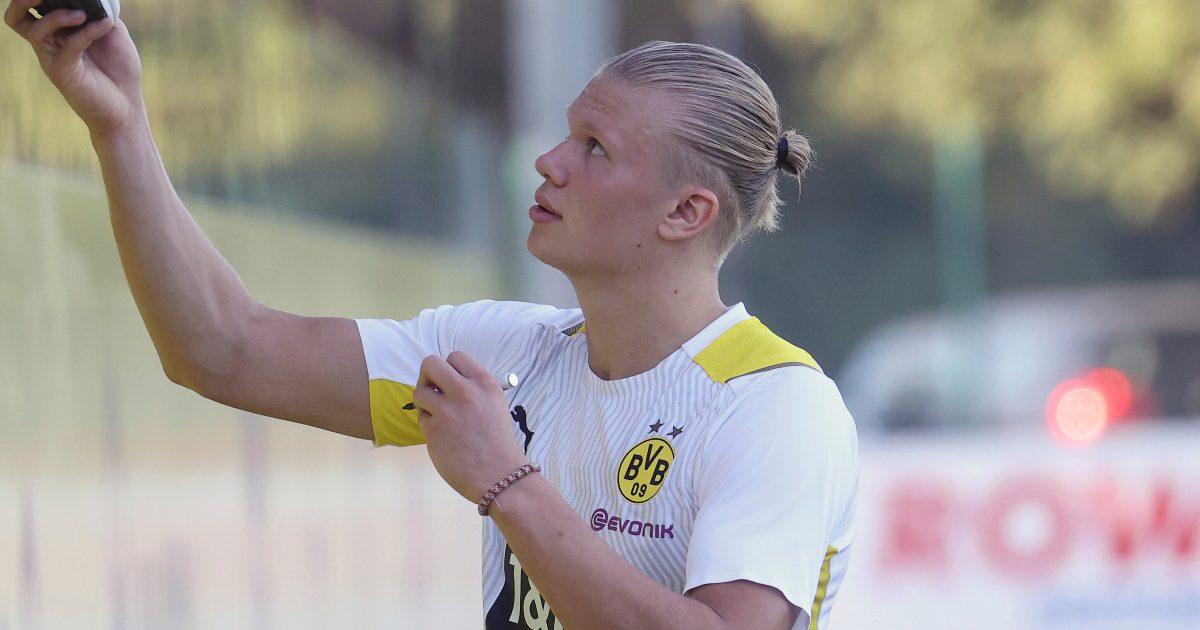 Man Utd would be willing to let Anthony Martial leave next summer for around £47m and Dortmund see him as a potential replacement for Erling Haaland, according to reports.

Martial joined the Red Devils in 2015 for an initial fee of £36m from Monaco. He initially impressed as he scored in his debut against Liverpool.

The forward’s performances have been criticised of late and he has fallen down the pecking order at Old Trafford. This has come with them signing Cristiano Ronaldo and Jadon Sancho this summer.

Meanwhile, Man Utd have consistently been linked with Dortmund striker Haaland over the past couple of years. They were linked with him during the 2019/20 season before he joined the German outfit.

Haaland has been prolific for Dortmund as he has scored 68 goals from his 67 outings across all competitions.

The striker is expected to leave the Bundesliga side next summer, as he will have a release clause of around £77m. German outlet Sport 1 are reporting that Martial is one of the attackers they are considering signing to replace Haaland.

The report adds that Martial is “dissatisfied” at Man Utd and they “would let” the Frenchman depart next summer for between £42m and £47m.

“If I was Manchester United now… Chelsea did it with Lampard….

“They got rid of Lampard, which was hard as he’s a club legend, but they got rid of him. They brought in Tuchel and look what’s happened.

“Manchester United need to now take Ole out of it. Give him a job in the board somewhere, bring in Conte, he’ll get better out of these players.

“For me, Manchester United need to bite the bullet now. Bring in Conte who is out there. Zinedine Zidane is out there, bring in a manager who will get better out of these players.”