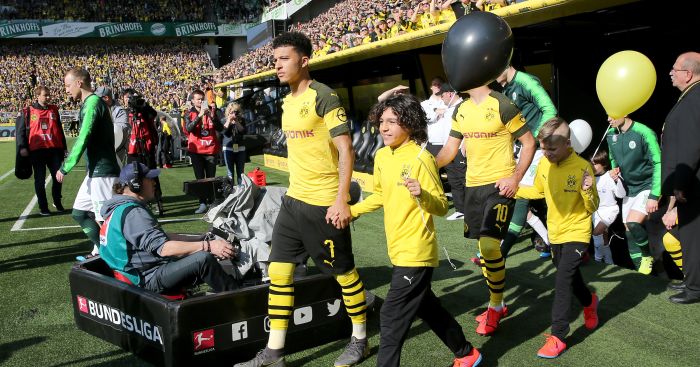 The England winger has been heavily linked with Manchester United, who are set to spend big during the transfer window to strengthen Ole Gunnar Solskjaer’s squad.

Real Madrid and PSG are also keen on Sancho, but The Independent reported on Tuesday that Old Trafford is the teenager’s ‘likeliest destination’.

The Red Devils are reportedly ready to pay over £100million to land Sancho, who has been in superb form for the Bundesliga side this campaign.

Speaking to Eurosport Germany, Watzke said: “We will not sell him, that is fact. It is clearly discussed with every person who is involved that Jadon plays in the next season for BVB.”

On Sancho’s displays this season, Watzke continued: “His progress is brilliant.

“For his age he plays extremely remarkable because he does things you cannot plan like this. But we have to be careful that we do not trigger the hype. This boy just turned 19 years old.

“He is not allowed to lose a millimetre of focus because for the top players every thousandth counts.”