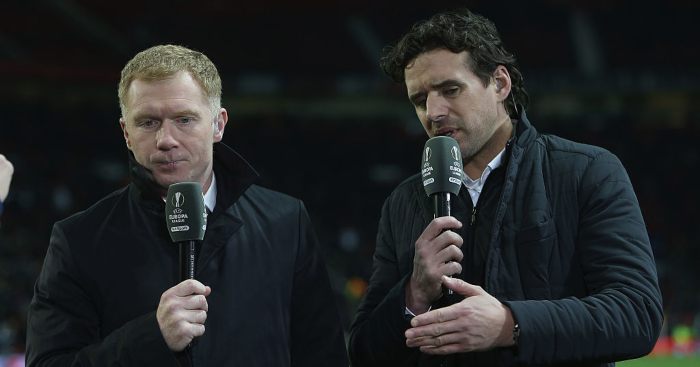 Former England international Hargreaves claimed Sancho would be a Man Utd player in a “pretty short time” on Monday.

Those comments came hours after Dortmund sporting director Michael Zorc said Sancho would not be leaving, amid talks about a deal to take him to Old Trafford.

Asked about the pair’s comments, Watzke told Abendzeitung-Muenchen. “I read that too. This is what experts like Paul Scholes and Owen Hargreaves claim.

“They were great footballers, and they are football experts. But I don’t know if they are transfer experts too. That Sancho stays with BVB is set in stone.”

Dortmund are not budging from their £108million valuation of England international Sancho. United, though, feel that fee is unrealistic in a coronavirus-impacted market.

What’s more, both sides have endured discrepancies over the speed of talks.

United feel frustrated at the deal broker hired by Dortmund, while the Bundesliga giants feel the Red Devils have no reason to complain if they are yet to submit a firm offer.

In more recent Sancho-related developments, Dortmund are confident they can spark a bidding war for the winger next summer.

They hope that, once the dust settles on United’s interest, Barcelona and Real Madrid will come calling at the end of next season.

Dortmund feel they will still get a maximum fee for Sancho, having protected his value with a contract extension.