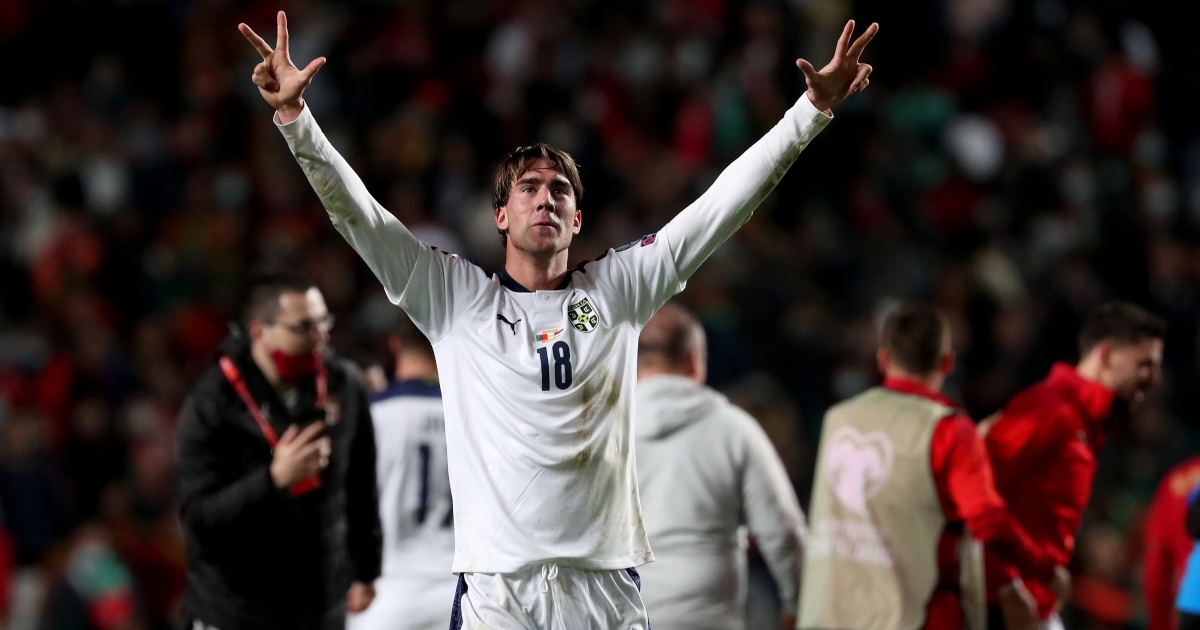 Fiorentina have received a swap deal offer for Dusan Vlahovic from Borussia Dortmund, according to reports.

Vlahovic is one of the most sought after players in Europe at the moment, with his Viola contract expiring in 2023.

Arsenal, Tottenham Hotspur and Juventus are reportedly interested in signing the Serbia international who has scored eight Serie A goals this season.

Vlahovic has his heart set on a move away from Fiorentina and the Serie A club are hoping to receive a transfer fee in January or next summer as opposed to losing the 21-year-old on a free.

The Italian outfit are reportedly looking to receive around €80million for the striker.

Dortmund, however, are trying to tempt Fiorentina into accepting a player-plus-cash deal.

According to Calciomercato (via Express), the German outfit have offered Donyell Malen plus €30m for Vlahovic.

The report claims that Malen is worth around €30m himself. Despite the estimated €60m deal not matching Fiorentina’s asking price, it would sort out a direct replacement for the Serbian.

Reports elsewhere claim that Arsenal are willing to pay €80m in January, and have already been in contact with the Serie A club.

However, Sky Italy journalist Gianluca Di Marzio claims the Gunners have failed to get in touch with Vlahovic’s entourage, despite their positive negotiations with Fiorentina.

The report adds that the Viola are happy to sell the 21-year-old in the winter transfer window, however, he is expected to remain in Florence until June as an ‘adequate offer’ is unlikely to be placed in January.

Elsewhere, Gary Neville has defended his integrity as a pundit after being questioned over his relationship with Ole Gunnar Solskjaer.

Neville has found himself between a rock and a hard place in recent weeks as Manchester United’s form continues to slide.

The Sky Sports pundit has himself been criticised for not openly stating Solskjaer should be sacked, with some saying his personal relationship with a former teammate weakens his neutrality and objectivity.

“There are people saying this is the worst moment of my punditry career,” Neville said. “They say I am not being honest. But I am not paid on TV to sack managers and I ain’t doing it.”