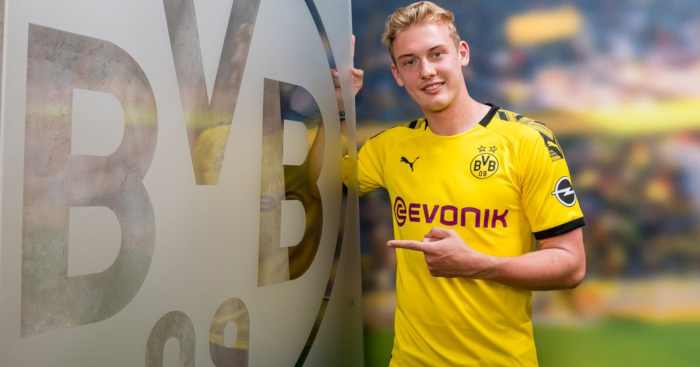 The younger brother of Chelsea star Eden had been speculatively linked with a move to Stamford Bridge or Liverpool but has chosen to remain in Germany.

Hazard told the Borussia Dortmund website: “I am grateful for five great years at Borussia Moenchengladbach and very nice memories.

“This was the perfect time to take the next step in my career. I am proud to play for Borussia Dortmund, a top club with incredible fans.”

Commenting on the move, Dortmund sporting director Michael Zorc said: “We are delighted that Thorgan has decided to go with Borussia Dortmund.

“in full conviction that he is a seasoned Bundesliga player and Belgian national player, who will help us with his pace and quality of finishing, the proof has been provided.”

Schulz, Brandt and Hazard all confirmed before the DFB Cup final has even taken place. Woof.

The 23-year-old, who scored 35 goals in 165 Bundesliga appearances for Leverkusen, told the Dortmund website: “I am a person who sometimes decides things from the gut and for whom a good feeling is important. In the case of Borussia Dortmund, I have a very good feeling.

“One of the main reasons for my change is that BVB narrowly missed the title last season, so there is room for improvement.

“I am very excited about the boys, I am very motivated and optimistic about my personal development but especially the whole team. “