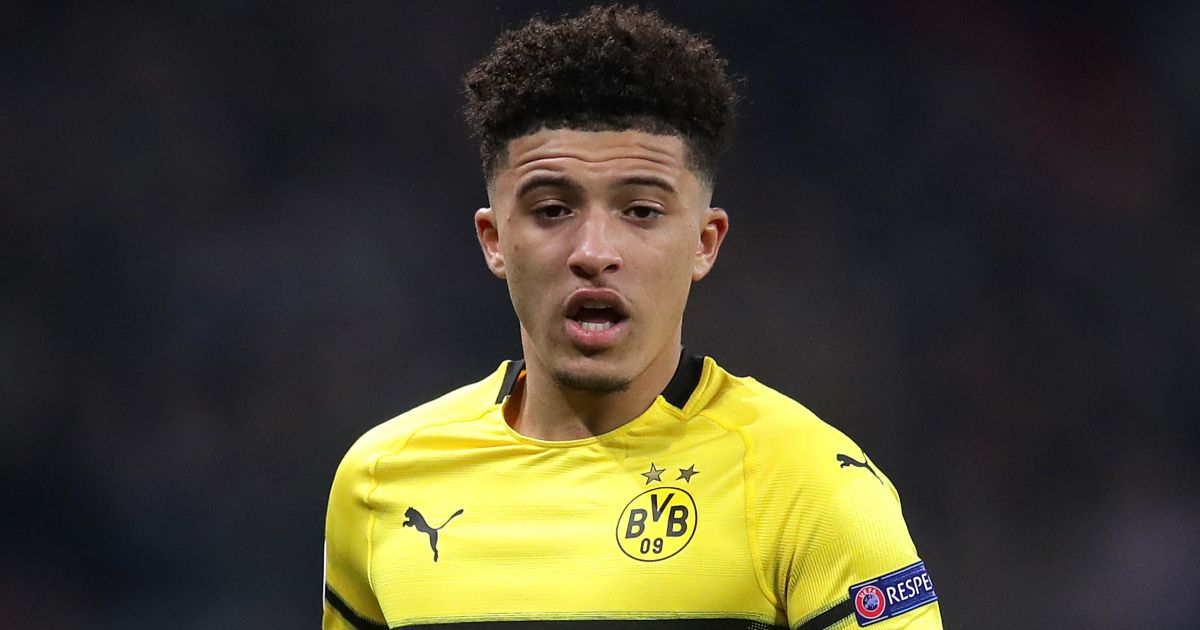 Borussia Dortmund CEO Hans-Joachim Watzke says the club are “not happy” with the transfer fee after Jadon Sancho demanded a move to Man Utd.

Last summer was dominated by discussion about the talented 21-year-old swapping the Bundesliga for the Premier League, although a deal did not come to fruition then.

Will Jadon Sancho be another Nicolas Pepe?

However, the former Man City attacker Sancho is now heading back to the north west and joining Man Utd, with Dortmund confirming they have reached an 85m euros (£73m) agreement.

It is understood that the fee will paid in five instalments, with the forward set to sign a five-year deal with the option of a further season.

In a statement on their official website, Dortmund said: “Jadon Sancho is close to (a) move from Borussia Dortmund to Manchester United. This is today’s agreement of both clubs and the player in principle.

“Upon realisation of this transfer Manchester United will pay BVB a fixed transfer compensation in the amount of 85m euros.

“The contractual details now have to be coordinated and completed.

“Moreover, the formal processing of the transfer is still subject to the successful completion of all necessary medical tests and examinations, a coordination procedure with the player’s previous club and the proper and timely processing in accordance with the provisions of the FIFA transfer matching system.”

Reacting to the news in a press conference on Thursday, Watzke admitted the club had hoped to get more money. He said: “We’re not happy about the money.

“We’re sad that he’s gone. At the end of the day, it was Jadon’s exemplary wish to leave, we would have preferred to keep him here.

“But he behaved fantastic and gave everything for four years. He made us move forward significantly in the second half of the season.”

We have agreed a deal in principle for the transfer of Jadon Sancho to United! 🔴⚪⚫#MUFC

Later on Thursday the news was confirmed by the Old Trafford giants.

“Manchester United is delighted to announce it has reached agreement in principle with Borussia Dortmund for the transfer of Jadon Sancho,” they said in a statement.

“The signing is subject to contractual terms and a medical, which will be completed after Jadon’s involvement in the UEFA European Championship.”