Any deal for Sancho had seemingly reached an impasse with Man Utd refusing to meet the asking price... 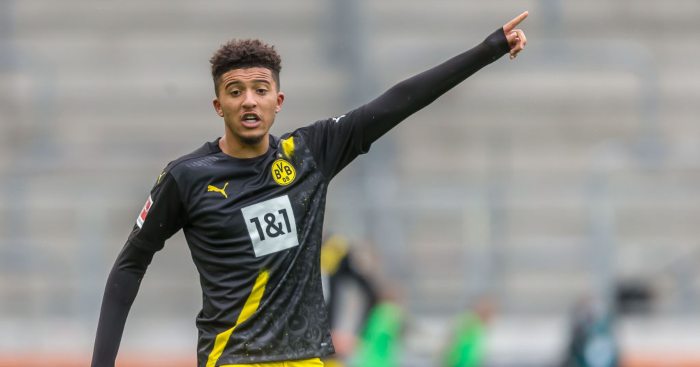 Man Utd are still looking to seal a transfer for Borussia Dortmund winger Jadon Sancho in the summer transfer window, according to reports.

Any deal for Sancho had seemingly reached an impasse with the Red Devils refusing to meet the Bundesliga club’s £109m asking price, while Dortmund have no intention of selling their star for less.

Despite previous reports stating that Sancho wants a move to Man Utd, the England international has been pretty happy getting on with the new season at Signal Iduna Park.

JOHNNY NIC: Handball: The straw that breaks VAR camel’s back?

However, more reports have surfaced in the last 24 hours that United are ‘preparing a bid’ that amounts to around £90m for Sancho, with Dagbladet expecting ‘the transfer to go smoothly’ and claiming Sancho ‘wants to join’.

And, despite not acknowledging a bid, ESPN now claims that Man Utd are ‘refusing to give up in their pursuit’ of Sancho and will ‘fight’ for their main transfer target.

Dortmund are saying ‘privately Sancho will not leave this summer and will remain at the club for at least another year’ but ESPN add that the message has ‘not been relayed directly to United officials’.

That has apparently given the Premier League outfit ‘hope an agreement can still be reached’ for Sancho despite making ‘little progress’ in getting Dortmund to lower their valuation.

Man Utd are ‘willing to agree a structured deal’ but Dortmund ‘have concerns about add-ons’ and want most of the money ‘up front’.