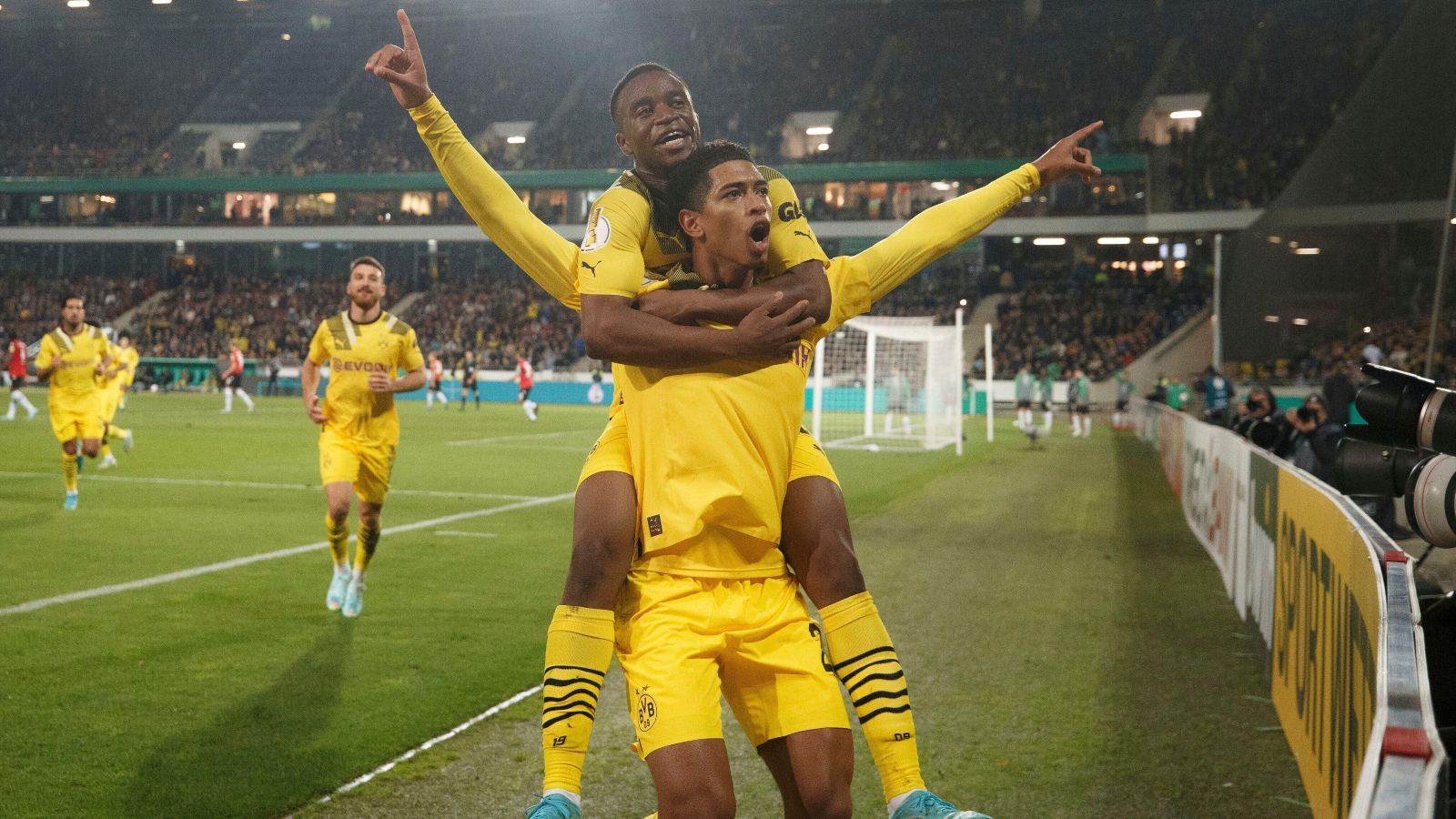 It is bound to be crazy saga next summer with Real Madrid, Manchester City, Chelsea and Liverpool all keen.

Every top club in Europe are bound to be interested, but the midfielder’s asking price will be a huge stumbling block for the vast majority of them.

Liverpool are unlikely to be put off, but the player might be with a top-four finish in the Premier League looking less than likely.

Jurgen Klopp’s side have time to turn their fortunes around but four wins from their opening four league matches is a less-than-ideal situation to be in.

And no Champions League probably means no Bellingham.

This gives Real Madrid the upper hand – if they didn’t have it already – in the race to sign the England international.

Aurelien Tchouameni signed for the Spanish champions in the summer, joining Eduardo Camavinga at the club.

Bellingham joining could set Madrid up for more success given the fact they will probably have the best midfield in the world for more than a decade.

Given the fact they were willing to pay around £150m to sign Kylian Mbappe from Paris Saint-Germain last year, Los Blancos will probably not hesitate to meet Dortmund’s asking price.

A stellar World Cup for the 19-year-old could see his price go up even higher.

Bellingham is not the only Dortmund player Liverpool are reportedly interested in.

According to journalist Dean Jones, the Reds are looking at young striker Youssoufa Moukoko.

The 17-year-old is out of contract next summer and is widely regarded as one of the best young players in Europe.

The Reds are believed to be the favourites to secure the teenager’s signature.

The German under-21 international has nine goals in 41 Bundesliga appearances but scored a monstrous 90 goals in 56 games for Dortmund’s under-17 side before netting 47 in 25 for their under-19s.

Overall, Moukoko has 151 goals in 145 matches at all levels for Dortmund.

Jones was high in praise of Moukoko, telling GiveMeSport that Liverpool ‘will be’ one of the many clubs ‘tracking’ the teenage striker.

“Moukoko is going to be one of the best players in the game,” he said.

“The next time we’re looking at Golden Boys, you’re probably looking at Moukoko being part of that conversation.

“There are going to be lots of teams tracking him at the moment, and it makes sense to me that Liverpool will be one of them.”