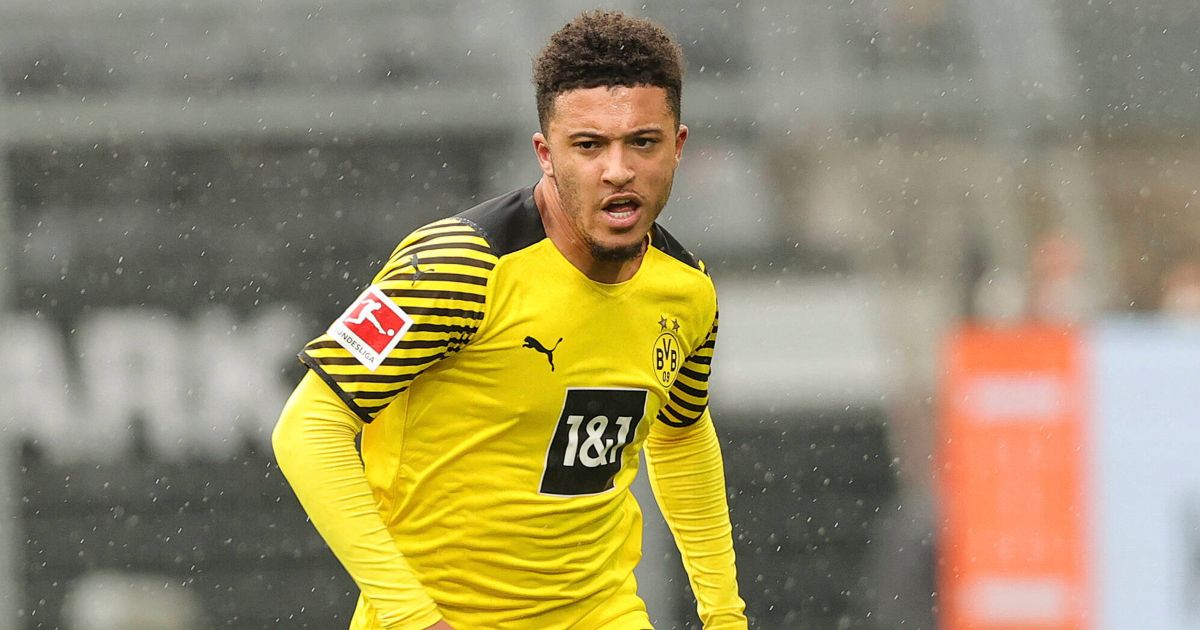 Borussia Dortmund have set a deadline for Man Utd to agree a deal to buy Jadon Sancho, according to reports in Germany.

Sancho came close to joining the Red Devils last summer after the player agreed personal terms at Man Utd, but they were unable to agree to a transfer fee with the German club.

The Englishman has enjoyed another strong season with Dortmund in the Bundesliga, scoring eight goals and providing eleven assists in 26 league outings this campaign.

Eurosport claimed on Wednesday that the Red Devils were ‘increasingly confident’ of landing the winger despite there still being ‘work to be done’ on a deal.

That was followed up by the news yesterday that Man Utd had submitted their first official offer for Sancho.

And now Sport1 in Germany claim that their interest in Sancho ‘continues to pick up speed’ with Dortmund adamant he ‘can leave’ if Man Utd reach their 95m euro valuation.

However, Dortmund are reportedly warning United that ‘if that does not happen by the end of July (start of the training camp), Sancho has to stay.’

But while the footballing world is abuzz with talk about a potential big-money switch, Sancho is not getting caught up in the hullaballoo while on England duty.

“I don’t really look at it,” he said on Thursday. “When I’m during the season, I always focus on myself and the team because that’s the most important thing that we can do.

“You know, every time I’m on a pitch I’m always giving my all and obviously to create with what I do on a pitch and that’s with goals and assists.

“That’s why I really try to do and always work hard for the team.”

Pushed on whether the background talk is an unwanted distraction, Sancho told talkSPORT: “No, I’m cool about it.